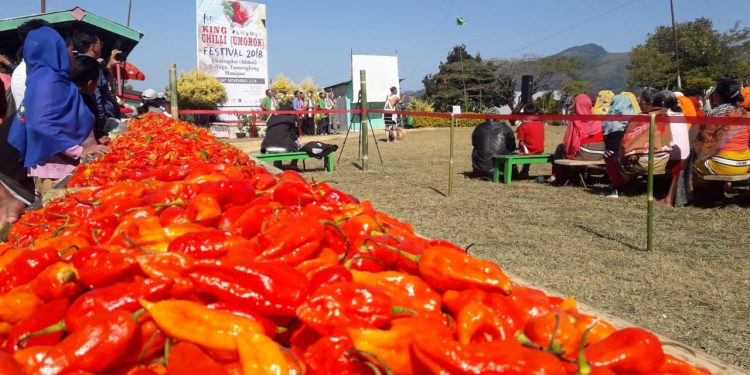 The first ever two-day King Chilli festival kicked off at the tiny remote village in Manipur’s Tamenglong district. It concludes on Sunday evening.

The festival venue is located at Chaengdai village, located about 125 km west of Imphal under Tamenglong district which is one of the largest producers of King Chilli known as U-Morok in local tongue in the north eastern state.

Locals said the then Maharaj Devendra Singh’s beloved prince died at the  Chaengdai village in 1850.

U-Morok eating competition, pole climbing, displaying traditional cloths, camping and plantation of the trees around the village besides buying and selling activities of the U-Morok were the main highlights of the festival.

It was organized for the first time in an effort to promote the chilli varieties in the region apart from exposing the hidden beauties of Manipur hill villages.

A medical camp was also held at Primary Health Sub-Centre located at the village.