Manipur: Training on tracking and management of vehicle device for LS polls 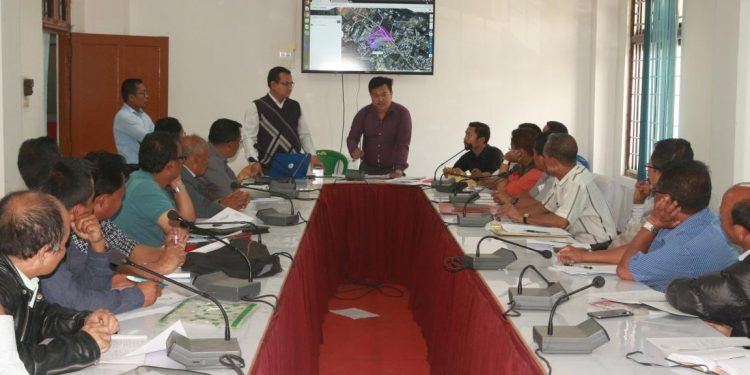 A training programme on Tracking and Management of Vehicle Device (GPS device) for sector officers (SO) or sector magistrates of Kangpokpi district in Manipur was held Wednesday at the conference hall of the deputy commissioner located at the district headquarters, 45 km north of Imphal, according to officials.

Deputy commissioner Lalithambigai K of Kangpokpi district who is also the district election officer chaired the training session and it was attended by 23 sector officers of the district.

Specialized trainers from Imphal based Globizs Solutions Pvt Ltd imparted hands-on training on the use of the GPS device.

The trainer Boynao of the Globizs Solutions said the GPS device should be kept on and every movement will be reported automatically to the control room opened at the DC Complex and the Chief Electoral Officer, Manipur.

Later, a meeting of the DC with the sector officers was also convened at the same venue to review the works done by them for the ensuing Lok Sabha Elections 2019.

During the meeting, DC Lalithambigai K inquired all the sector officers about their concerned polling stations and the feasibility of the transport and coverage.

The DC strictly advised all the SOs to take the VVPAT machines seriously as they are used for the first time in the district. She also told the SOs not to mix up the machines allotted to an Assembly constituency with that of another. She further informed that the first hour of voting is very important hence the SOs should visit the polling stations in person to check whether the mock poll process is complete instead of taking report over phone.

Addressing the problem about far flung polling stations which take about 4-5 hours while reaching, Lalithambigai stated that a dedicated SO per polling station will be assigned to such places for proper conduct in poll day.

Meanwhile, the commissioning of EVM/VVPAT had started on Tuesday at 9 am where the strong room was opened in presence of the representatives of political parties and continued till 1 am midnight.