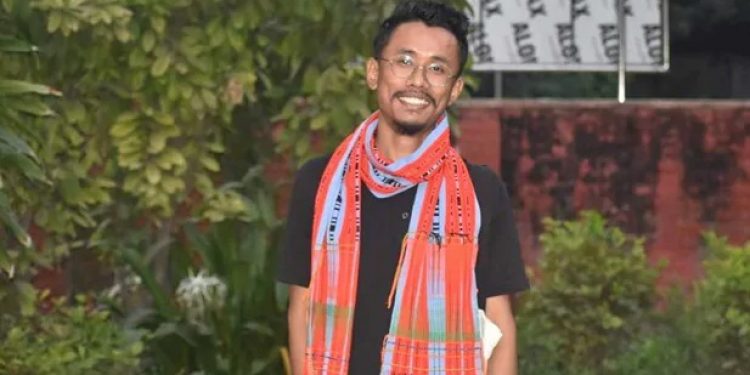 He was set free after furnishing a bail bond of Rs 30,000 and under certain conditions.

The court asked the accused to attend in accordance of the bond executed by him and not commit any offence similar to the one he is accused, according to reports.

The accused shall not directly or indirectly make inducement, threat or promise to any person acquainted with the facts of the case so as to dissuade him from disclosing such facts to the courts or to the police officers or tamper with the evidence.

Veewon was brought to Imphal on Tuesday afternoon by a team of Imphal East police by flight.

The Delhi High Court on Monday dismissed his plea against a four days transit remand, granted by a south Delhi court.

From the Airport he was directly taken to the court of CJM, Imphal East wherein the additional public prosecutor (APP), prayed that police custody of the accused is highly required for investigation. But, Veewon’s counsel, however, raised remand objection on several grounds including that he has not committed any offence except uploading a Facebook post which he already admitted.

Thokchom was charged with sedition in addition to under section 153A/353 IPC for uploading a Facebook post which said, “Indefinite curfew imposed in Manipur. Internet banned for 5 days. All cable network asked not to cover any speech or footage of the protest. High possibility that CAB will be passed today at Rajya Sabha. Manipur once burned down the state Assembly in 2001. Self-determination the only way forward”.