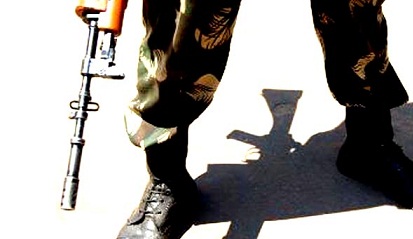 The Supreme Court on Monday asked the CBI’s Special Investigation Team (SIT) to file a status report on the alleged extra-judicial killings in Manipur by the Army, Assam Rifles and the state police.

A bench of Justice Madan B. Lokur and Justice U.U. Lalit was informed by the SIT that one more charge-sheet has been filed in the court in Manipur.

Earlier, the SIT had told the court that two charge-sheets have been filed in trial court, naming 14 accused.

The bench asked the SIT to file the status report in the alleged fake encounter cases by September 1 and also said that CBI director Alok Kumar Verma, who was present in the court in pursuant to its direction, need not come on the next date of hearing.

The court now posted the matter for September 4, along with a separate plea filed by over 300 serving Army officers against the dilution of AFSPA that gives immunity to military personnel from prosecution for their actions in disturbed and insurgency-hit areas.

“Not satisfied” with the pace of investigation into the alleged extra-judicial killings in Manipur, the bench had sought personal appearance of CBI Director before it to decide the steps to be taken to expedite the process.

Asserting that violation of human rights “cannot be tolerated”, the court had also pulled up CBI for filling FIRs against dead persons, who were victims.

The court was hearing a PIL seeking a probe into as many as 1,528 cases of extra-judicial killings in Manipur.

On July 14, 2017, the apex court set up the SIT comprising CBI officers and ordered registration of FIRs and investigation into the alleged extra-judicial killings in Manipur.

The court had ordered the registration of FIRs in 81 cases, including 32 probed by a commission of inquiry, 32 investigated by judicial authorities, 11 in which compensation was awarded and six probed by the commission headed by former Supreme Court judge Santosh Hegde.