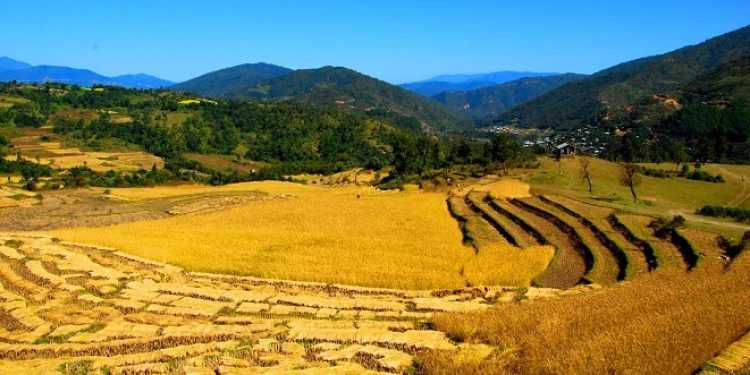 “We’ve developed many research based strategies which include selection (as well as production) of quality seeds, mechanization of farms and integrated farming system(IFS) besides encouraging family based farming for achieving the goal of doubling farmers’ income,” says Prof Premjit who chairs a committee for roadmap development for Manipur, Mizoram, Nagaland and Tripura.

“We’ve even submitted a report to the Centre in this regard for its implementation,” he added.

Among the strategies, Integrated Farming System (IFS) is a farming practice meant for all-round development of agriculture with animal husbandry and other occupations related to core agricultural practices since farmers in the Northeast have small land holdings.

IFS can be taken up with fishery and piggery along with rice cultivation or fishery with vegetable and rice based on the locations of the fields as it has the capability to make the sector profitable and double the income.

Recommending beekeeping as one of key components of IFS, he said, “If we neglect bees, the pollinators, we cannot get the desired yield. So beekeeping should be one of the components for cross-pollinated crops such as oil seeds.”

He also informed that IFS can help in reducing the jhum cultivation areas in the region as well considering its potentials.

Manipur’s total jhum area is said to be around 1,22,147 hactres in 2017, according to Manipur Remote Sensing Application Centre.

“We also need to focus on quality endemic crops – pineapple, orange, ginger, lemon and passion fruit which are our pride in the country by giving skill development on value addition and processing techniques,” vice chancellor of CAU, the biggest agricultural university in India with 13 affiliated colleges, said.

“Besides we need to introduce agri-tourism by developing small huts inside the orchard or farmland etc to motivate the youths and control migration to other parts,” he further added.

Scientists in collaboration with the farmers have taken up some initiatives to produce adequate quality (paddy) seeds for supply purposes in state like Manipur which annually requires 2000 tons of (paddy) seeds.

“But the government alone cannot provide quality seeds for successful implementation of such strategies including IFS considering the lack of assured irrigation in region.

Providing irrigation will take time. Even if irrigation facilities are provided in the valley, it would be a difficult in hills except the rainwater harvest (or spring water harvest),” he said adding that, “so farmers should target production of quality (paddy) seeds and earn extra revenue as rice is life of NE people.”