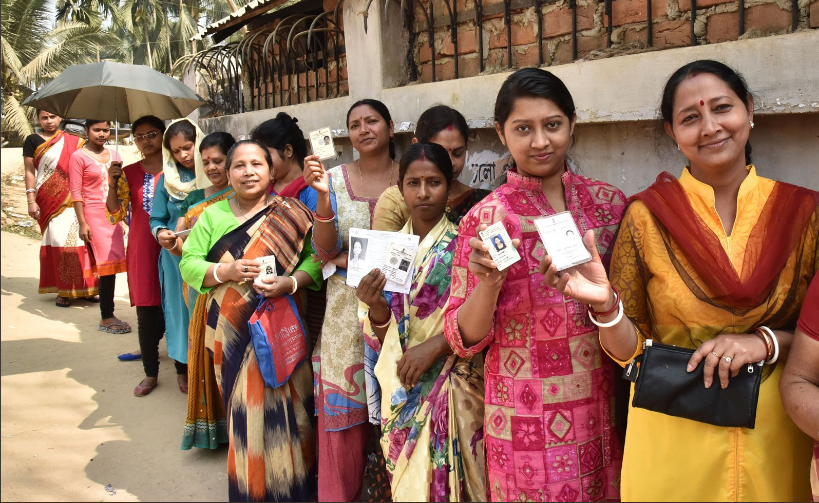 Voters waiting for their turn at a polling booth in Agartala. (File photo)

The CPI-M and the Congress on Saturday threatened to launch an agitation and move the Supreme Court if the Election Commission did not order fresh voting in the Tripura West Lok Sabha seat, which went to the polls on April 11.

Alleging large-scale rigging, booth capturing, intimidation and attacks on voters and polling agents by the BJP members and their goons, the CPI-M and the Congress have been demanding fresh polling in the constituency since April 11.

Dhar said they have told the CEO from the scrutiny of official reports, documents, video and webcasting footages of the poll process in the seat, it was established beyond doubt that voting was rigged by the ruling BJP members and their goons.

In a separate media briefing, the Tripura Pradesh Congress vice-president Pijush Kanti Biswas said if the EC did not hold fresh votes his party would move the Supreme Court.

“We have learnt the top BJP leaders in Delhi are influencing the EC to hold re-poll in minimum polling stations to ensure their victory,” Biswas said.

Congress candidate to the seat Subal Bhowmik said the state party president Pradyot Bikram Manikya Debbarman was in Delhi, consulting senior lawyers for filing a case unless the EC ordered fresh voting in the entire constituency.

The BJP, however, dismissed accusations calling them false and concocted. “None of our party members, workers were involved in these so-called misconducts during the polling for the seat on April 11,” BJP spokesman Nabendu Bhattacharjee said and added the opposition parties were making excuses in the face of their certain defeat.