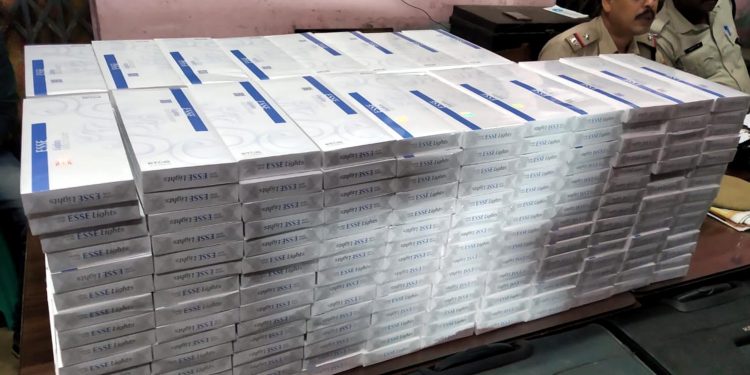 The seized packets of the Korean cigarettes.

Police officials said the cigarettes were seized during a routine check at 8 am at the station on Saturday.

The market price of the packets of cigarettes is estimated to be Rs 2.5 lakh.

The arrested youths have been identified as Arabinda Kumar, 23, and C Kartik, 26, said a GRP official.

Both of the youths hail from Manipur’s Tengnoupal district.

They were found to be bringing the packets of Korean cigarettes in three bags in the Yesvantpur Express Train, the official said.

The accused were carrying the bags of Korean cigarettes from Dimapur with a motive to sell it in Bangalore.

Both of them are now being interrogated at GRP police station, the official added.