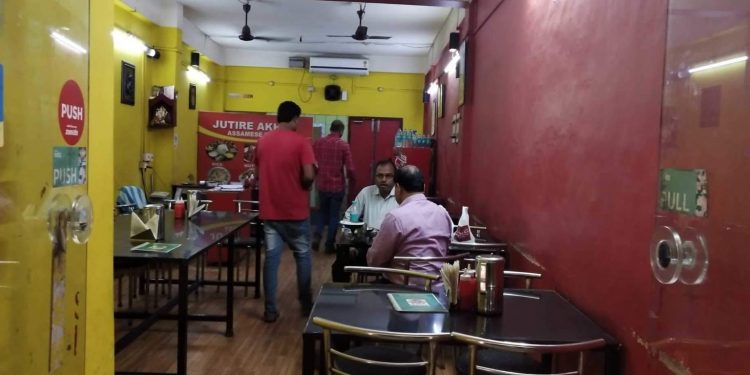 The Central Government on Thursday announced new rules for allowing shopping malls, restaurants, hotels and places of worship to open gradually as second phase of Unlock 1.0.

The guidelines, which will come into effect from Monday, include measures like staggering visitors to malls and no touching of idols at religious places.

Detailed rules were also issued for offices which have been allowed to reopen over the past few weeks.

All establishments that come under containment zones, however, will remain closed as announced earlier.

Temperature screenings have been made mandatory at entrances and visitors will be allowed only if they use face cover or masks which should be worn at all times inside.

This was stated in the Health Ministry guidelines.

Cinema halls, gaming arcades and children play areas in these establishments will remain closed, it added.

Physical distancing of a minimum of six feet when queuing up for entry and inside should be maintained as far as feasible while the number of people inside shops in malls should be kept at a minimum.

The number of people in the elevators should also be restricted and use of escalators with one person on alternate steps should be encouraged.

Toilets should be deep cleaned at regular intervals.

For restaurants and mall food courts, the ministry has limited the seating capacity to 50 per cent.

Disposable menus are advised to be used.

Instead of cloth napkins, use of disposable paper napkins should be encouraged.

Restaurants have been asked to encourage takeaways and deliveries instead of dine-in.

“Food delivery personnel should leave the packet at the customer’s door. Do not handover the food packet directly to the customer,” the guideline said.

The ministry also said that the staff for home deliveries must be screened thermally before setting out for a delivery.

Employees of the establishments who are at higher risk – like older staff members or those who are pregnant or have underlying medical conditions – should take extra precautions.

It also asked hotels and restaurant owners to encourage contactless mode of ordering and digital payments.

For hotels and hospitality services, the government asked them to ensure a proper record of the guest’s travel history and medical condition, along with ID and self-declaration form.

“Luggage should be disinfected before sending the luggage to rooms. For room service, communication between guests and in-house staff should be through intercom/ mobile phone and room service (if any) should be provided while maintaining adequate social distance,” it said.