The hasty introduction of legislation like the Citizenship Amendment Bill, without prior political consensus, could reignite identity fears and lead to violence 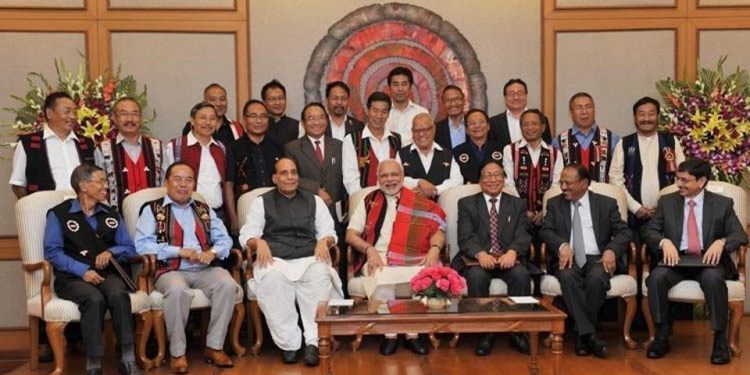 The ‘National Security Strategy’ document authored by Lieutenant General DS Hooda for the Congress party calls for an early resolution of the Naga insurgency problem, but says Manipur must be involved in the process.

On page 19 of the 44-page document, that was released by the Congress leadership, it is clearly stated that, “the resolution of the Naga insurgency would have a positive effect on the entire region.”

“However, this problem cannot be addressed by solely talking to groups based in Nagaland. Any agreement will also have an impact on neighbouring states, particularly Manipur,” says the document, adding: “It is essential that Manipur be fully integrated into finding solutions to bring a resolution to the Naga problem.”

But it does not detail the modalities by which Manipuri stakeholders – the state government or the underground groups – can be brought into the Naga peace process.

The document admits that “illegal immigration is an emotive issue throughout the region”. But, it says that the problem “needs to be tackled with wisdom and maturity”.

“Issues related to people who are finally excluded from the National Register of Citizens (NRC) will have to be well thought-out because a large excluded population could be vulnerable to exploitation and become a security risk. The hasty introduction of legislation like the Citizenship Amendment Bill, without prior political consensus, could reignite identity fears and lead to violence”.

The document notes that each state in Northeast has its unique set of issues, but the “common thread running through the region is lack of development, a feeling of segregation from the rest of the country and a sense of alienation”.

“This has led to a rise in ethnic identities that are often in conflict with each other and demand greater
self-governance. Sustained counter-insurgency operations have resulted in most insurgent groups having shunned violence or entering into ceasefire agreements with the government.”

But, the document says that has not led to complete peace returning to the region.

“Groups like the NSCN (IM) retain their armed cadre and run a parallel government in Nagaland while other surrendered groups continue to engage in extortion. The Meitei insurgent groups have their armed wings located in Myanmar, and weak border management permits them to move into and out of Manipur with relative ease.”

The document says that  resolution of the issues in the Northeast lies in greater development, integration and in understanding the ethnic sensitivities of the region.

“Our first attention must go to the vulnerability of the Siliguri Corridor. Free movement from Nepal and Bhutan and infiltration from Bangladesh could be exploited to stir up trouble. A resolution of the Gorkhaland problem would also enhance the security of the Siliguri Corridor. The issue of Gorkhaland needs to be viewed from a national security perspective and not narrow political advantages.”