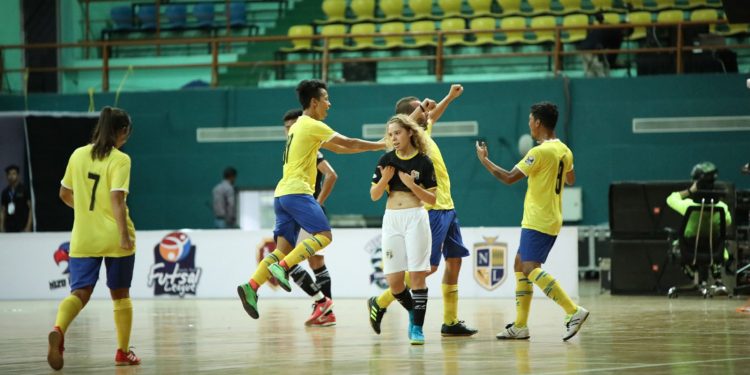 The Northeast Futsal League (NEFL) kicked off on Sunday at the NC Bordoloi Indoor Stadium at Sarusajai in Guwahati.

It is India’s first-ever mixed-gender Futsal League, which will feature six teams in total, will be played over a period of seven days up to August 31, 2019.

Alobo Naga (Nagaland) and Equilibrium (Goa) dazzled with their performance in the opening ceremony.

Nagaland made a good start by scoring the 1st goal by their captain Nyithong Magh in less than 3 minutes from a direct free kick.

But Assam Titans made a great comeback by scoring two goals coming from Aklanta Basu and Carlos Anotio by the half time.

In the 2nd half, Manoj Chetry of Assam scored a hat-trick and took Assam to a comprehensive win. All the matches will be streamed online.

The NEFL is a brainchild of Proclivity Sports and Recreation Pvt Ltd (PSR), owned by Ranajit Mahanta and Biswajit Mahanta.

It is aimed to create and develop a sustainable foundation for the sport of Futsal as a sporting career alternative for the athletes of Assam and Northeast India.

NEFL will be the first major sports, involving all eight Northeast states of India.