BD Mishra suggested that to realise the goal of development of the nation, every plan, action, and policy must be national interest oriented 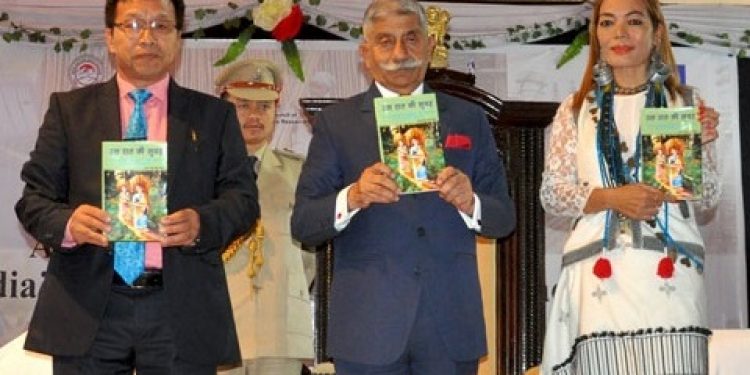 Speaking on the occasion, the Governor said Indian diplomacy today is at its best since independence. Under the political leadership of Prime Minister Narendra Modi, our approach is ‘we matter’, which is important for the dignity of the nation and for the prestige and honour of every Indian.

The Governor suggested that to realise the goal of development of the nation, every plan, action, and policy must be national interest oriented. It must be with a mantra of ‘integrity, honesty, accountability, audit and midcourse correction’. Along with it there must be good diplomacy, strong preparedness, beneficial mutual business policies and contribution of technocrats and scientists.

The Governor said that the North East region has great potential. It has hydro-power, minerals, fertile land, pristine environment, and abundant forest cover. It is important for national security, national resources, and best human resource.

The Governor said the development of the North East is very important for the overall development, national defence, security and integrity of the nation. It has a big area and sizeable population.

The Governor said that the eight northeastern states have almost similar geography, demography, assets, and challenges. They need to be considered as one entity, he said.

Calling these eight states ‘ASTAM-NMM’, the Governor said the five letters of the acronym are composed of the first English letter of Arunachal Pradesh Sikkim, Tripura, Assam and Meghalaya on Northern cardinal point and Nagaland, Manipur and Mizoram on the Eastern cardinal point, meaning ‘Salute to the great eight’.

The Governor emphasised that the development of the region must not be piecemeal but with an integrated approach, focused on ‘PHIRAN’, which stands for Power, Highways, Inland Waterways, Railways, Airway and electronic and communication Network. He also stressed peace, stability and good law and order environment, within the region and also in the neighbouring countries, like Myanmar and Bangladesh in addition to maritime security along the sea route.

The Governor complimented the DNGC and Jadavpur Association of International Relations (JAIR), Kolkata for organising the two-day seminar. He also congratulated the students of DNGC for the brilliant dance-drama presentation, emulating the valour and heroism of martyr Havaldar Hangpan Dada, Ashok Chakra (posthumous) awardee.

The Governor released a book ‘Us Raat ki Subah’, a novel on social issues related to women of Arunachal Pradesh, authored by Tumbom Riba Jomoh, Assistant Professor, DNGC on the occasion. He complimented Jomoh for novel and said that it is areminder to all men to stand for human dignity and importance of enabling the women and girl child to progress and develop to their full potential in the society.

Dr N.T. Rikam, Principal of DNGC, Dr. R.K. Mandal, Head of the Department of Economics at DNGC and convener of the seminar, Dr. Imankalyan Lahiri, General Secretary of JAIR also spoke on the occasion.