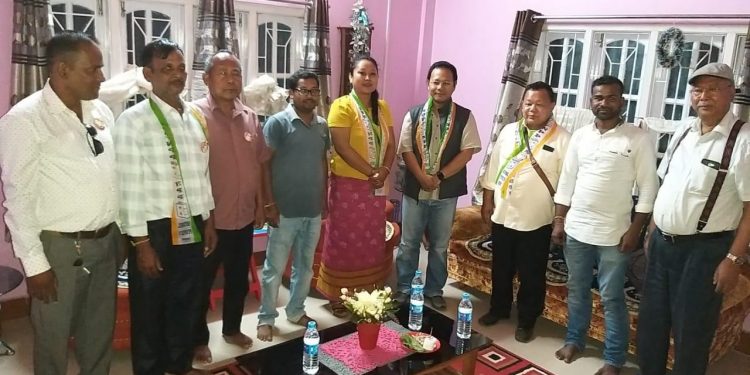 A press note issued in this context stated that Moromi joined the party in the presence of Home Minister James K Sangma, local MLA Brening A Sangma, local MDC Kurosh Marak and former MDC Apurba Marak at Dalu in Meghalaya.

“I have immense faith and confidence in the leadership of Conrad K Sangma,” Moromi said, while explaining to her supporters that under his stewardship, the state has witnessed an “era of growth and development”.

“Our chief minister (CM) has demonstrated a government that is inclusive and has concerns for all sections of the society. In his brief tenure of one year, the CM has proved beyond doubt that Meghalaya can dream big and see a change that is imminent under his leadership,” Moromi added.

Welcoming Moromi into the party fold, James K Sangma said, “She will be an asset to the party. We believe that she will further strengthen the party and will work particularly with the womenfolk to propagate the message of NPP.”

The press note further stated that James told the modest gathering during the ceremonial function that NPP is “committed to the cause of different sections of the society and everybody irrespective of their party affiliation are welcome to join the party”.

“The upcoming Lok Sabha election has given an opportunity to all of us to give more teeth to our party base in Garo Hills and we should all unite to demonstrate that NPP is the only alternative to ensure development in the region,” he added.