UK is expecting Indian tourists in between 50,000 to 80,000 during the forthcoming ICC World Cup 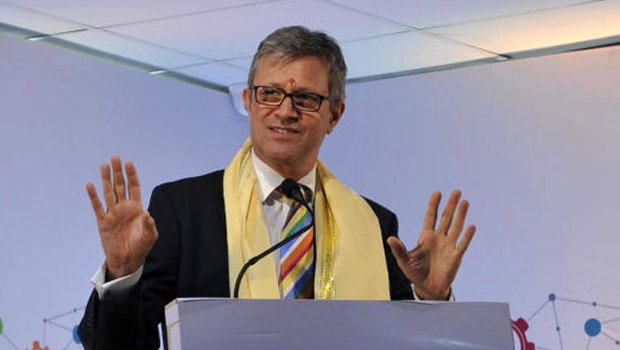 Barely two days ahead of the ICC Cricket World Cup, British Deputy High Commissioner Bruce Bucknell said that the United Kingdom is excited to celebrate the living bridge of cricket between the two countries.

Bucknell, who was in Guwahati said while interacting with next generation of cricket fans of Assam at the Coffee House of Cotton College on Tuesday.

Bucknell said that the country is expecting anything between 50,000 to 80,000 Indian tourists to visit the UK during the forthcoming ICC World Cup which will be started from May 30.

“However, apart from these tourists there are over 1.5 million people of India origin who are living in UK for different purposes and this even can be an occasion o bringing together the whole community,” he said while interacting with the students of the Cotton College.

Asked about any probable plan of the British government to promote the young cricketers from Northeast India, who are doing exceptionally well in international events, the British Deputy High Commissioner only said that there are interactions between different cricket federations of India with cricket bodies in UK.

“I am afraid that I am not aware much about cricket in northeast and the cricket federation in Northeast but it’s too dominated by federations like those in Mumbai, who identity the players from different regions,” he said. Bucknell, however, appreciated the Northeast India’s Football team Northeast United.