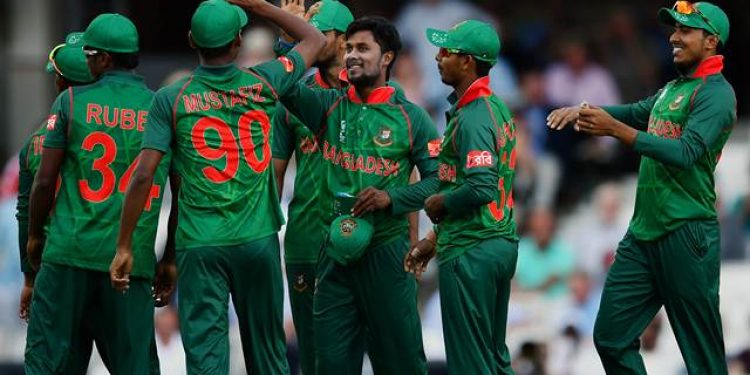 The twelfth edition of the Cricket World Cup is scheduled to be hosted by England and Wales from 30 May to 14 July.

Mashrafe Mortaza has been retained as the captain of the team while Shakib Al Hasan has been named the vice-captain.

Bangladesh will begin their World Cup crusade against South Africa at the Kennington Oval on June 2.

Before that, they will play two practice matches against Pakistan and India on May 26 and 28, respectively.

Mashrafe Mortaza ,Tamim Iqbal, Shakib Al Hasan and Mushfiqur Rahim are the four experienced and successful players who are considered as the pillars of the Bangladesh cricket team.

Each of the four players made sizeable contributions in one of Bangladesh’s most iconic moments when they defeated India in the ICC Men’s Cricket World Cup 2007 pool stage game in Port of Spain to knock them out of the tournament.

In 1997, Bangladesh won the ICC trophy in Malaysia and thus qualified for its first Cricket World Cup to participate in England in 1999.

Bangladesh is currently ranked ninth in Tests, seventh in ODIs and tenth in T20s by the ICC.