Guwahati to host national conference on livelihoods through rural tourism

The North Eastern Regional Centre (NERC) of the National Institute of Rural Development and Panchayati Raj (NIRDPR) situated at Khanapara in Guwahati is organising a two-day national conference on ‘Livelihoods through Rural Tourism in North East India: The Way Forward’ on January 6 and 7, 2018 at Greenwood Resort near Khanapara in Guwahati.

“The north-eastern region encompassing 7.2 per cent of the total villages of the country spread across eight states with its picturesque locations and unique cultural elements has immense potential for rural tourism so as to release sustainable livelihood opportunities to the vast majority of its population inhabiting the area”, stated the Director of NIRDPR, NERC Dr RM Pant in a release issued Wednesday. 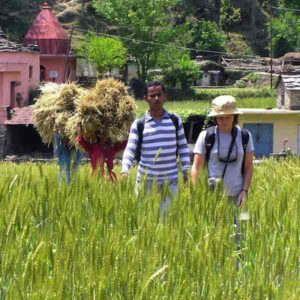 Dr Pant further added, “In view of this tremendous prospect, a two-day conference is going to focus on consolidating the views of experts, policy makers, service providers and scholars in order to come up with a vision document for promoting rural tourism in this part of the country. The event will also decide on the syllabus for the proposed certificate course on Tourism which is to be launched from next financial year at NIRDPR, NERC, Guwahati.”

Professionals, academicians and heads of significant departments and institutes from different parts of the country with special focus on the north-eastern region will participate in the national event as chairpersons, panellists and speakers.