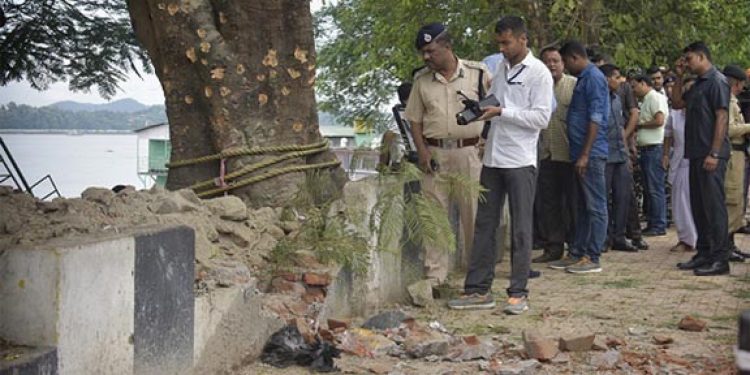 Police have reportedly arrested a kidney and heart patient in connection with the blast in Guwahati that left four people injured on Saturday (October 13).

Sources claimed although Paresh Das, who works as driver at Assam Engineering Institute (AEI) at Chandmari area of the city, was arrested on Sunday (Oct 14) from Hajo, media were totally kept in the dark about the arrest.

A day after the arrest, Das was secretly admitted to the intensive care unit (ICU) of the Guwahati Medical College Hospital (GMCH) in a critical condition.  It is not immediately clear as to why he had to be admitted to the ICU just a day after his arrest, as police remained tight-lipped.

Despite repeated attempts from Northeast Now Guwahati Police Commissioner Pradip Saloi and Joint Commissioner Diganta Bora were not available for comments.   Several phone calls to Saloi and Bora from this correspondent went unanswered.

“I have no information about this. Speak to Commissar,” he told Northeast Now on phone.

The police silence on the arrest naturally sparked a number of questions, answer to which only police could provide.

On the other hand, city police also picked a 65-year-old woman from Bagana in Barpeta district on Tuesday in connection with the blast. The woman, identified as Chandra Prabha Debi, was however set free after questioning at Pathsala police station.

The explosion took place near Sukreswar Temple in the city’s Pan Bazaar area injured four persons. The Paresh Barua-led faction of the proscribed ULFA (I) claimed responsibility for the blast.