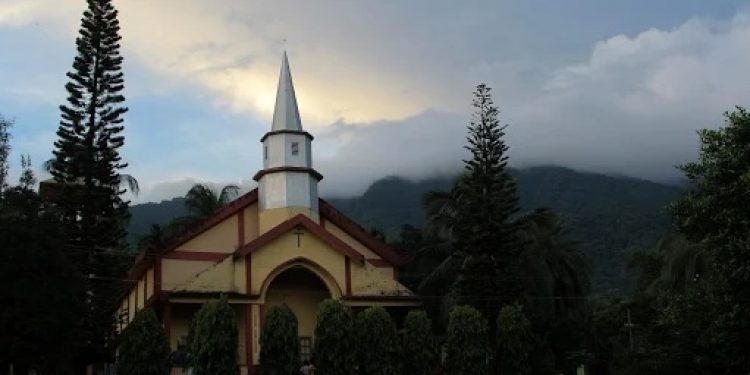 Two senior priests of a church were attacked by a gang of robbers in the wee hours of Wednesday in West Garo Hills of Meghalaya.

The robbers, numbering around 20, entered Dominic Savio Mission during a power cut, tied up the two priests Rev Fr Thomas John and Daniel M Sangma after brutally attacking them with iron rods.

According to a report, the goons ransacked the premises of the church and took away Rs 1.25 lakh in cash along with two smart phones that belonged to the two priests who were attacked.

According to an FIR filed by the authorities of the church, John Mathias M Marak, another parish priest sounded an alarm which made the goons to flee from the church.

The police are investigating the case. According to the police, the gang who carried out the robbery was also involved in three other incidents of robbery in the Garo Hills of Meghalaya.

The police find that the method by which the four recent attacks in the Garo Hills region was carried out was very similar.

The previous incidents of robbery had taken place at Dawagre in East Garo Hills, Chokpot in South Garo Hills and Dalu in the west.