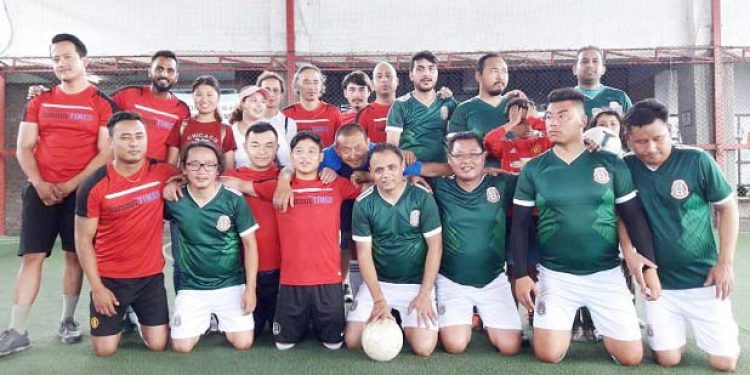 Summit Times emerged as the champion of the first edition of Media Inter-House Fustal Tournament 2019 played at Futsal Arena, Cafe Infinity at Tadong in Gangtok on Sunday.

In a tough final match, Summit Times defeated Sikkim Express 4-2 to lift the winners’ trophy of the tournament.

Six teams participated in the first edition of Futsal arena for media houses in the state. The day-long tournament was organised by the Press Club of Sikkim.

The participating teams were divided into two groups for the league round.

Team Avengers, Nayuma Television and Summit Times were placed in Group A, while Group B teams were Samay Dainik, Hamro Prajashakti and Sikkim Express.

Each of the teams played two matches against other teams in the group in the league round.

Summit Times from group A and Sikkim Express from group B stood on the top and entered into the finals of the tournament.

Press Club of Sikkim has been organising sporting events for its members time to time to give a healthy recreation and break from their busy and tiring daily schedule.