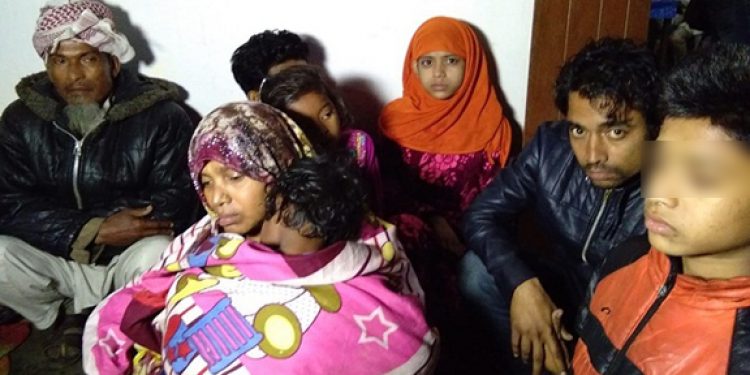 The Rohingyas apprehended by Assam police along Assam-Tripura border. (Image for representational purpose only)

Police officials said the four Rohingya refugees—a woman and three minors—were nabbed from the house of one Safiq Ali at Yeazikhoura village under Irania police station of the district on Monday evening.

“They came here from Assam’s Silchar town via train. Ali sheltered them and provided help,” an official of Irania police station told reporters.

Police officials suspect them of having crossed into India illegally from Bangladesh.

Acting on a tip off police raided the house of Ali and detained them.

The arrested Rohingya refugees were later produced before Kailashahar Sub-Divisional Judicial Magistrate’s (SDJM) court which sent three minors to a juvenile home while the woman was sent to 14-day judicial custody.

More than 50 Rohingya refugees have been arrested in different parts of Tripura since January this year.