Footpaths in Guwahati to get a new look soon 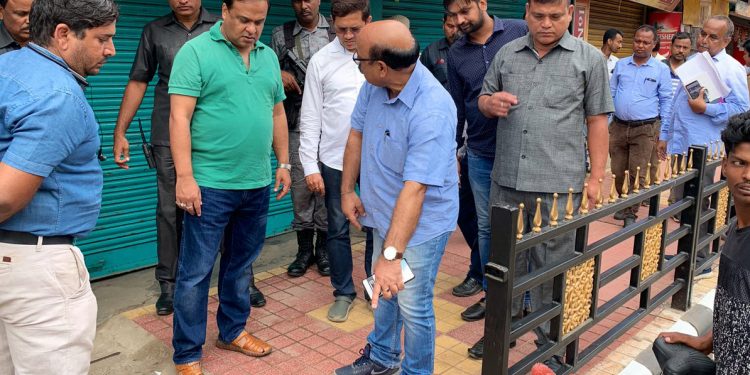 Assam finance and PWD minister Himanta Biswa Sarma on Monday inspected various sites in Guwahati to take stock of the proposed project related to beautification of footpaths in the city.

1/3 Today I Inspected the following – proposed footpath maiden beautification from Bharalumukh to Jalukbari along with two foot overbridge with escalator facilities at Kamakhya gate and Maligaon Chariali. pic.twitter.com/9tNxjKhn0O

Sarma first inspected the footpaths from Bharalumukh to Jalukbari which would be improved.

He also examined the foot overbridges of Kamakhya Gate and Maligaon Chariali.

Apart from inspecting the site in the western part of the city, Sarma also scrutinized the plan taken for beautification of footpaths from Chandmari to Guwahati High Court point.

He hoped that the work for the beautification of the footpaths in the city would be carried out soon and within proper time.

2/3 To expedite work and ensure that the timelines are adhered to, I also went and inspected proposed footpath and maiden beautification from Chandmari to Guwahati Hight court point. pic.twitter.com/2iJcbP1Eve

The finance minister along with Assam chief minister Sarbananda Sonowal recently laid the foundation stone of the new flyover.

After inspecting the site, Sarma discussed with officials concerned about traffic management strategies in the proposed flyover.

He claimed that after the completion of the new flyover at Ganeshguri, there will be lesser traffic chaos.