Floods have been disrupting lives of Northeast people: President Kovind 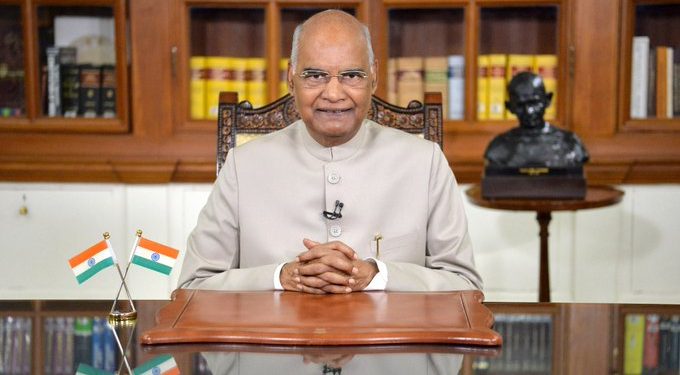 Admitting that floods have been disrupting lives of people in the Northeast and eastern states, President Ram Nath Kovind on Friday said amid such onslaughts of disasters, it is gratifying to see all sections of society coming together to help those in distress.

“Amid this crisis (COVID-19), Cyclone Amphan hit us in West Bengal and Odisha. Concerted response of Disaster Management Teams, Central and State agencies and alert citizens helped minimize loss of life. Floods have been disrupting the lives of our people in the Northeast and eastern states. Amid such onslaughts of disasters, it is gratifying to see all sections of society coming together to help those in distress,” said President Kovind in his address to the Nation on the eve of India’s 74th Independence Day.

In his speech, President Kovind talked on all issues India is confronting now.

He also talked about new education policy, Ram Janmabhoomi among others.

“Ram Janmabhoomi began in Ayodhya. It was indeed a moment of pride for all. People of the country maintained restraint and patience for a long time and reposed unflinching trust in the judicial system. The issue of Ram Janmabhoomi was resolved through judicial process. All concerned parties and the people respectfully accepted the verdict of the Supreme Court and displayed before the world, Indian ethos of peace, non-violence, love and harmony. I congratulate all fellow citizens for their commendable conduct,” he said.

He lauded doctors and frontline health workers for their fight against COVID-19 pandemic.

“The nation is indebted to doctors, nurses and other health workers who have been continuously on the forefront of our fight against this virus. Unfortunately, many of them have lost their lives battling the pandemic. They are our national heroes.

All Corona Warriors deserve high praise. They go much beyond their call of duty to save lives and ensure essential services,” he said.

“When cities and towns go quiet and roads are deserted, they work tirelessly to ensure that people are not deprived of health care and relief, water and electricity, transport and communication facilities, milk and vegetables, food and groceries, medicine and other essentials. They risk their own lives to save our life and livelihood,” he said.

“Our brave soldiers laid down their lives defending our borders. Those worthy sons of Bharat Mata lived and died for national pride. The entire nation salutes the martyrs of Galwan Valley. Every Indian feels grateful to their family members. Their bravery in combat has demonstrated that while we believe in peace, we are also capable of giving a befitting response to any attempt of aggression. We are proud of the members of our Armed Forces, paramilitary forces and police personnel who protect the borders, and ensure our internal security,” he said.