Fireball like object falls from sky during rains in Ghaziabad 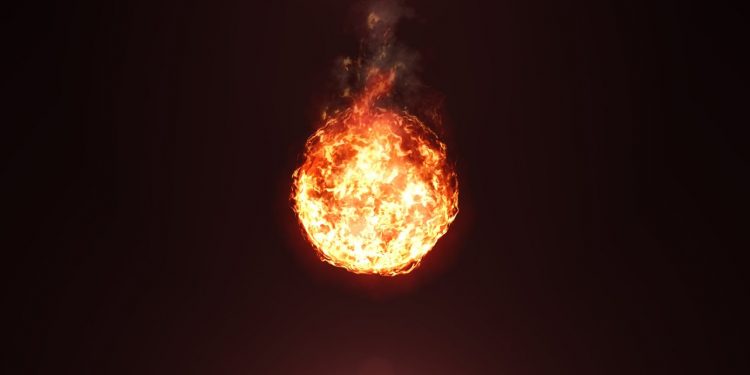 A fireball like object raised panic among the locals after it fell from the sky near the railway station in Ghaziabad recently.

As per reports, the people had gathered near the spot after the object fell with a loud bang during heavy rains on Wednesday.

After the firefighter s were informed, they rushed to the spot and tried to douse the flames engulfing the object.

However, they could not succeed much in doing so as the object kept on smouldering.

According to the report made by the geologist and the science coordinator, the object was found to contain sodium as one of the primary constituents as it gave rise to fumes when it came in contact of water.

Pandey also said that the samples of the object would be sent for further testing to a laboratory in Lucknow.

It may be mentioned that some extraordinary natural phenomenon like falling of fishes or some peculiar objects as rain had baffled mankind from a long time.