Experience colours of Northeast in Delhi from Oct 27

This year's theme of the IIC experience: A festival of the arts' is Experiencing the North East 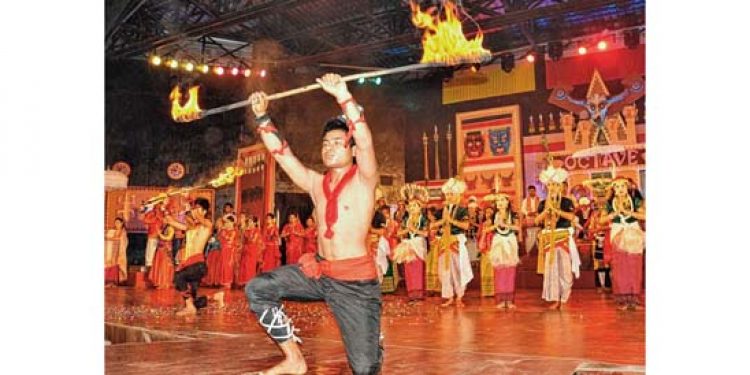 The India International Centre has geared up up to organise its annual festival, ‘The IIC experience: A festival of the arts’ will be held from October 27–31.

The events will be held at the Auditorium, Conference Room I, Fountain Lawns and Gandhi King Plaza in New Delhi.

Started in 2004, this year marks the fifteenth anniversary of the festival which has grown to become an important feature in the cultural life of the city.

The theme of this year, ‘Experiencing the North East’, seeks to focus on the cultural richness and diversity of our the North East States.

As per a report published by Millennium Post recently in collaboration with the North East Council (NEC), Ministry of Development of North Eastern Region (DoNER), IIC is planning to present the culture, creative arts and cuisine of all the North-Eastern States in a manner which moves away and beyond the conventional representation of the region by focussing on the idea of continuity of traditions and exploring their intersections with the contemporary.

The festival will be inaugurated by NN Vohra, President, IIC on October 27.

The performance at the inaugural ceremony is a concert presented by the well-known Shillong Chamber Choir, conducted by Neil Nongkynrih.

Apart from presenting the exhibitions which will be showcasing the works of artisans from all over the North-East in the festival including ‘Tripura: Time past and time present’, curated by M K Pragya Deb Burman; ‘The monpas and their mountains’, photographs by Vinay Sheel Oberoi; among others; the festival will also have a day devoted to literature presenting writers and poets from the regions of Arunachal Pradesh, Assam, Manipur, Meghalaya, Mizoram, and Nagaland.

There will also be a separate segment of screening films which will present an Aribam Syam Sharma ‘Retrospective’, celebrating the well-known film director’s contribution to Manipuri cinema and to Indian cinema as a whole with a screening of award-winning feature as well as documentary films.

‘North East Through its Writings’ – an exhibition on books in English and other languages will also be organised which will be participated by publishers Zubaan Books; Speaking Tiger; Katha; Penguin Random besides publishing houses like Harper Collins, National Book Trust and Sahitya Akademi.

There will be stalls put up by NEC and its partner organisations – NERAMAC, NEHHDC, NERCORM, CBTC, NERLP among others – covering tourism, culture, and cuisine with fine decor.

Artists from all the eight states will present traditional dance and music; rock music by leading bands from the region; and screening of documentary films daily from 11 am to 6 pm. The festival brings together much of what gives the centre life, its range of activities – dance, music, theatre, films, discussions, exhibitions, and special cuisine.

The different components of the festival will be held in both outdoor and indoor spaces of the centre throughout the five days.

Raas Leelas of Manipur, directed by Aribam Syam Sharma and produced by Sangeet Natak Akademi will also be presented on the occasion.

Artists from all the eight North Eastern States will present traditional dance and music; rock music
by leading bands from the region; and screening of documentary films.

Though the entry to the festival is open to all and without tickets or invitations. But for the film festival, due to the limitation of seats in the Auditorium, IIC will issue entry passes for each film half-an-hour prior to the screenings on a first-come-first-served basis.