Lyngdoh reminded Conrad Sangma how the UDP, NPP, HSPDP and GNC had raised the demand of ILP implementation on the floor of State Assembly in 2013 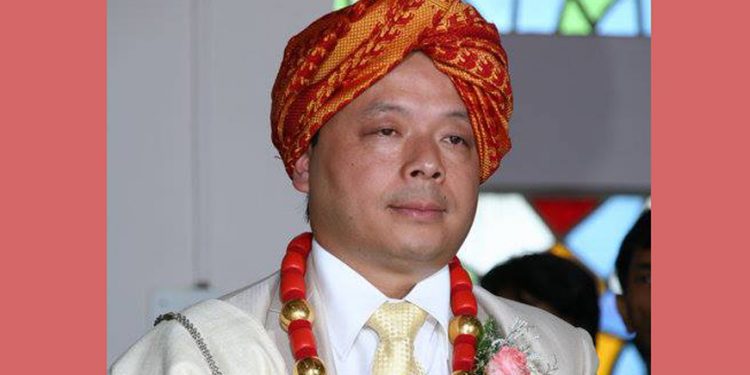 Lyngdoh, who is also the UDP candidate from Mawprem-Jaïaw constituency for the upcoming elections to the KHADC, said, “The need for such a law (ILP) has never been felt more acutely than at this point of time when mainstream political parties are actively converting the Northeast into their permanent vote banks, damaging the demographic balance of the state and reducing the indigenous population to helpless minorities.”

Lyngdoh in his letter to the Meghalaya CM reminded how the UDP, NPP, HSPDP and GNC had raised this demand on the floor of the State Assembly in 2013 through an Adjournment Motion, when the Congress was leading the government in the State.

Lyngdoh, who is the co-chairman of the State Level Public Grievances Committee (SLPGC), also recalled that a high-level committee of the State government headed by former Deputy Chief Minister Bindo M. Lanong had also unequivocally recommended the introduction of the ILP system in the State.

According to Lyngdoh, who is a former president of the Khasi Students’ Union (KSU) and former MLA of West Shillong constituency, States like Mizoram and Arunachal Pradesh have embraced the ILP mechanism for decades now, and the State of Manipur, where the BJP and NPP are in power, is also proactively pushing for the Manipur People Act, 2018 which is as good as having the ILP in place.

“With adequate laws to protect the demographic profiles of the above states, the pressure of immigration would be more on Meghalaya in the absence of ILP or a law similar to it, as voiced by the Confederation of Hynñiewtrep Social Organizations (CoHSO),” Lyngdoh said.

In view of these observations, Lyngdoh said, he hoped the CM would act decisively and boldly in the best interests of the indigenous communities of the State.

CoHSO had on January 31 organised a massive rally opposing the Citizenship (Amendment) Bill and demanding implementation of the ILP in the State.