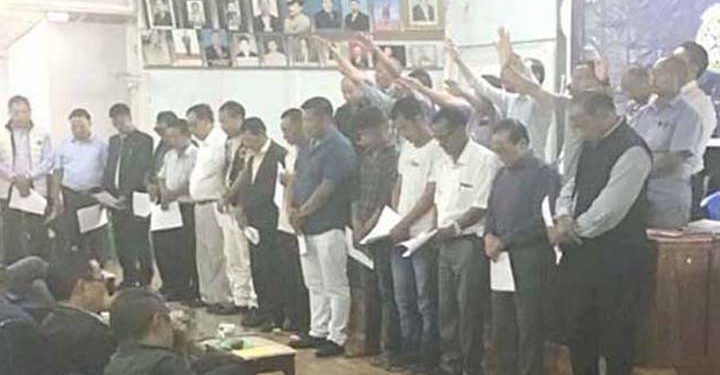 The Eastern Nagaland People’s Organisation (ENPO) resolved to meet the central leaders soon to pressurise the Centre to expedite the process for creation of a separate state of Frontier Nagaland.

It also resolved to abstain from participation in the coming Independence Day celebration if the Centre fails to respond to the demand before August 10, 2019.

This was one of the resolutions adopted at the ENPO’s central executive council meeting-cum-15th reaffirmation of December 18, 2007 Tuensang resolution held at Tuensang district headquarters on June 11 and 12, the media cell of the organisation said in a release.

The ENPO also reaffirmed its resolve to uphold its Tuensang resolution of December 18, 2007 which opposes bloodshed, threat, intimidation or any form of violence within its jurisdiction.

It reiterated its September 29, 2005 Longleng resolution which says that there must be no violence in any form such as killing, kidnapping, physical assault, threat, intimidation and undue disturbances on its leaders, tribal leaders, frontal organisation leaders and innocent public by any armed cadres within its jurisdiction.

The ENPO also decided not to extend any “public cooperation” to any faction or group for non-compliance.