Electioneering ends at 4 pm on Tuesday in Nagaland for LS, Assembly by-polls 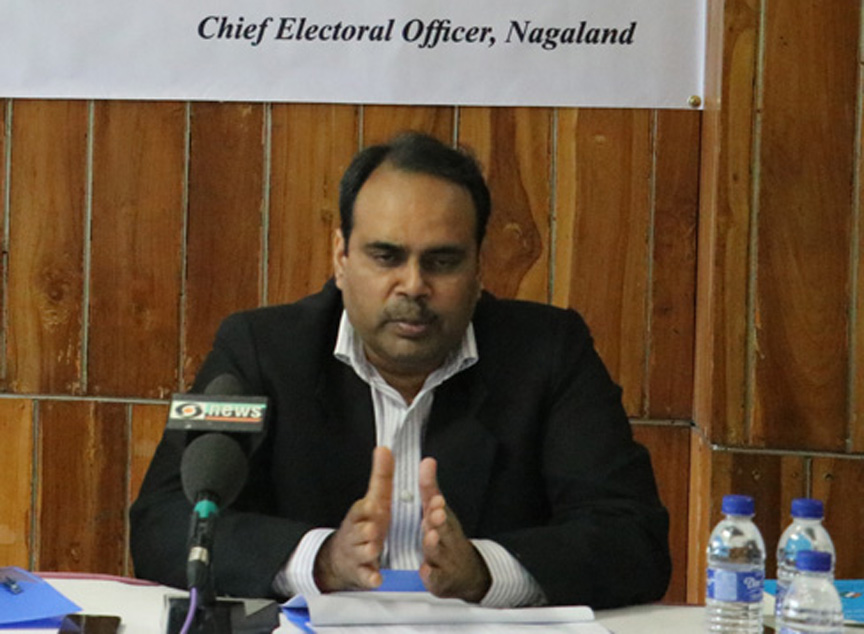 Electioneering for the lone Nagaland parliamentary constituency and the by-election to the 26-Aonglenden Assembly constituency will culminate at 4 pm on Tuesday, 48 hours before polling takes place on April 11 next.

The office of the chief electoral officer (CEO) Nagaland has set the stage ready to ensure that the electioneering process passes off successfully.

Addressing media persons in Kohima on Monday evening, CEO Abhijit Sinha informed that starting campaigning has to be stopped and no campaign material should be shown on electronic media from 4 pm on Tuesday.

Sinha also said that starting April 11 till the last phase polling on May 19 at 6.30 pm, exit polls cannot be published by media houses. CEO further said the poll starts from 7 am till 4 pm on April 11, and majority of the polling parties would be leaving for their polling stations on April 10, according to reports.

He, however, added that polling personnel for 325 far off polling stations will leave on April 9. He said there were 12 dispatch centres in 12 districts where polling officials would collect the polling materials and leave for their respective polling stations.

He said there was shortage of vehicles since different vehicles were required as per the locations. However, CEO said that because of surplus vehicles from Kohima and Dimapur, they were dispatched accordingly. Sinha said 5335 vehicles were used for the entire polls while 728 vehicles were requisitioned from Guwahati.

On security arrangement, the CEO said the State has received good number of companies from outside. He said that central forces will cover all the vulnerable stations and the rest will be covered by IR, NAP and DEFs.

In some districts, CEO said district executive force would be supplemented by home guards and village guards.

He said 90 per cent polling stations have power supply while toilets and drinking facilities were also kept in place.

For person with disabilities, ramps were constructed about 70 per cent and wherever full construction was not made, temporary ramp was arranged.

On seizures of cash and liquor, he said that about Rs 92 lakh was seized and more than 62,000 litre of liquor was seized which is much higher than earlier elections.

He further said there were more seizures of narcotics and other items, with a monetary value crossing Rs three crore.