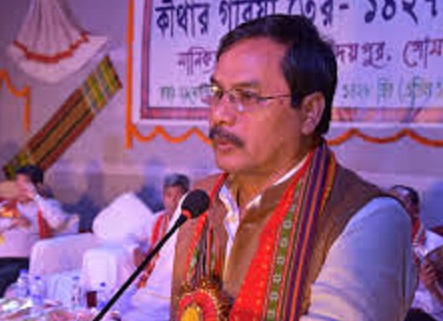 Tripura Tribal Welfare Minister and general secretary of the Indigenous People’s Front of Tripura (IPFT), Mevar Kumar Jamatia, on Saturday raised his voice in support of revision of the National Register of Citizens (NRC) in the State.

He also said the demand would be raised by his party officially soon.

He said this while interacting with media at the Prajna Bhavan in Agartala on Saturday.

This comes as a sharp contradiction to State Chief Minister Biplab Kumar Deb who had earlier this month said that there is no need to update the NRC in the State.

Deb also assertively said, there are no demands from any quarters regarding updating the NRC in the State.

Jamatia further went on to state that many states have been demanding revision of the NRC.

He exuded confidence that the IPFT, which is a ally of the Bharatiya Janata Party (BJP) led government in the State would also raise the demand soon.

He also said that even the Central Government is considering to have NRC update process in other states in phases – an exercise similar to that of Assam.

A delegation of the party, led by its president B K Hrangkhawl, is slated to go to the national capital later this month and submit a memoranda on the issue to Prime Minister Narendra Modi, Union Home minister Rajnath Singh and Registrar-General of India.

This was revealed by INPT general secretary Jagadish Debbarma.

He also said that his party would discuss possibilities of filing a petition in the Supreme Court also in the matter.