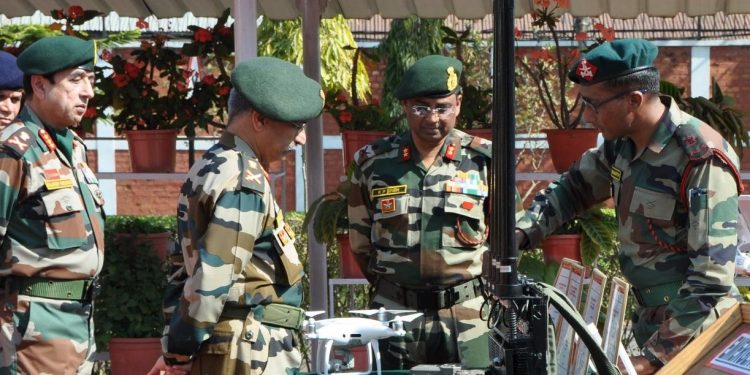 During his visit, the Lieutenant General was briefed in detail on the prevailing situation in Manipur and activities of Assam Rifles by the Inspector General Assam Rifles, Major General K P Singh.

Appreciating the numerous initiatives being undertaken by the formation, the Army Commander Lt Gen Naravane directed that all energies must be focused towards assisting the state administration in bringing normalcy to the state. He also witnessed the innovations made in equipment used for surveillance and security and was highly impressed by the ingenuity and creativity of the troops.

The Army Commander also visited the forward areas and carried out an aerial recce of almost the entire Indo-Myanmar border with Manipur.  He appreciated the excellent work being done by Assam Rifles troops despite the harsh terrain conditions and exhorted them to continue to give their best for their unit, their izzat and their nation.