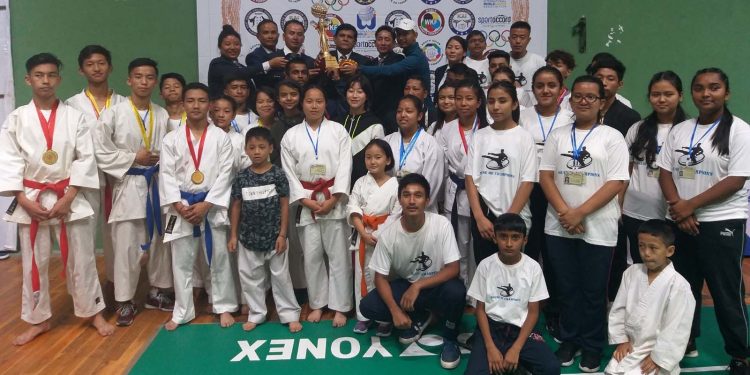 The West Sikkim District was adjudged the runners-up with 15 gold medals in team championship and South Sikkim district secured the third position with 5 gold medals.

The two-day long championship was organised by the Sikkim State Karate-Do Association (SSKA).

A total of 277 karatekas from East, West and South Sikkim districts participated in 44 categories of the championship.

The official inaugural function of the championship was held on Wednesday morning.

The inaugural programme was attended by Sikkim minister for sports & youth affairs Kunga Nima Lepcha as the chief guest.

Likewise, the valedictory function of the championship was attended by the president of the Sikkim Olympic Association, BK Roka as the chief guest on Wednesday evening.