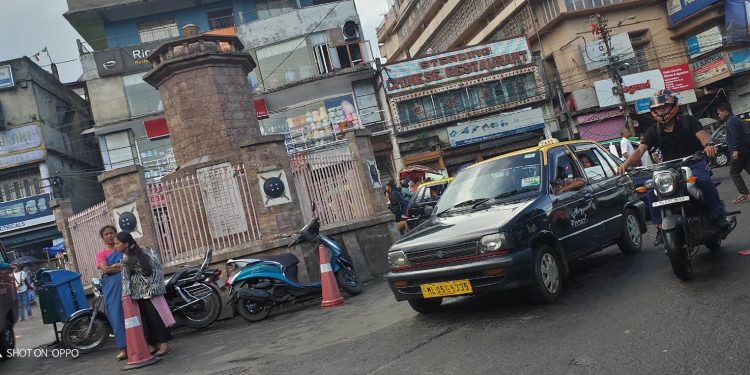 Taxi service in Shillong city is all set to be streamlined at the initiative of the East Khasi Hills Deputy Commissioner.

Shillong is the city where people travel in taxis on a sharing basis and each passenger pays a fixed fare according to the distance of their destinations.

Few years back, the government issued a tariff for taxi fares on sharing basis and the fare differs from one place to another.

There are also passengers, who book the whole taxi for dropping them to their respective destinations, but on an agreed fare with driver as no rate has been fixed by the government for booked taxi.

For example, a passenger would have to negotiate the fare with a taxi driver if he/she wants to book a cab from Motphran or Khyndai Lad to Mawdiangdiang where NEIGRIHMS is located.

Though this system (shared taxi) has been there ever since taxi service was introduced in Shillong, but the present taxi service in Shillong does not provide expected service to the commuters.

At Motphran, the main commercial area within Ïewduh and Khyndai Lad area, passengers always have a harrowing time as most of the taxi drivers ferry passengers only to the destination convenient for them.

Passengers struggle to get taxi to go to their respective places especially in the evening.

Though not all, but many taxi drivers would not ferry passengers who want to go to Laitumkhrah or Nongthymmai or other locations, on a sharing basis and would insist passengers to book the taxi.

This is happening everyday due to lack of regulation on the part of the transport department and other authority like the district administration.

Though commuters are facing this problem every day, but none dares to lodge a complaint with the authorities concerned against drivers and owners of these local  taxis for refusing to take passengers.

East Khasi Hills Deputy Commissioner Matsiewdor W Nongbri admitted that the public transport system in Shillong city has not been proper, not only the taxi service but also the bus service.

“We understand the problem being faced by the commuters and local taxis as well,” the DC said.

“This issue is being discussed and there is a need to streamline the public transport service including taxi service,” she added without elaborating further.

The DC of East Khasi Hills district is also the chairman of the Regional Transport Authority.

The green-and-white taxis from rural areas are also running in the city, besides the maroon-coloured maxi cabs of the government.