Dummy ballot sheets in braille for ensuing polls in Nagaland 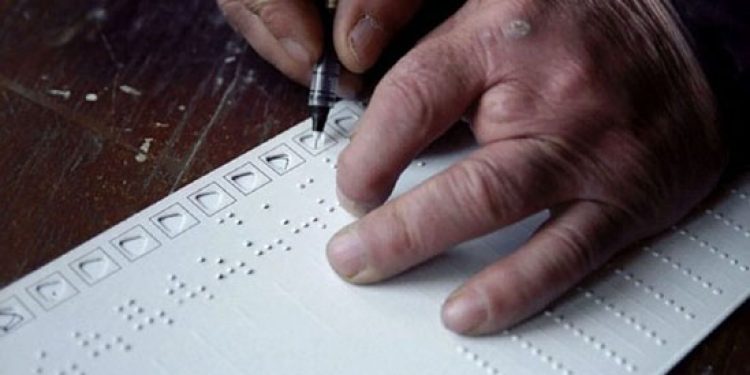 The Nagaland CEO’s office, as per the directives of the Election Commission, has prepared braille dummy ballot sheets and braille voters’ slips for use in polling stations across the state in the ensuing Lok Sabha polls and Assembly by-election to facilitate the visually-challenged voters to exercise their franchise.

The facilities will be rolled out in Nagaland for the first time. If utilised fully, it will make electoral process a truly inclusive and accessible one in the state, the CEO media cell said in a release on Saturday.

The dummy ballot sheets printed in braille signage will contain the serial numbers of the contesting candidates and names of the candidates arranged in the same serial order in which their names will appear in the ballot paper on the balloting unit.

The name of the parliamentary or Assembly constituency will be on the top of the dummy ballot sheets.

Each such sheet prepared for every polling station will be certified by the commissioner of disabilities of the state concerned or his/her representative who will be an official knowing Braille.

Inside the polling station, the visually challenged voter will be given the dummy ballot sheet in braille by the presiding officer on his/her request if he/she prefers to use it for helping him/her cast the vote.

However, regardless of the new facility being introduced, the visually impaired persons, if he/she so desires, will continue to be allowed the facility of a companion as provided for in Rule 49 N of Conduct of Elections Rules, 1961.