Dilip Kumar Paul’s statement came forth at Cachar district BJP party headquarters in Silchar where a news that is doing the rounds since morning, won’t please many who are supporting the contentious Citizens (Amendment) Bill, 2016, especially in Barak valley. 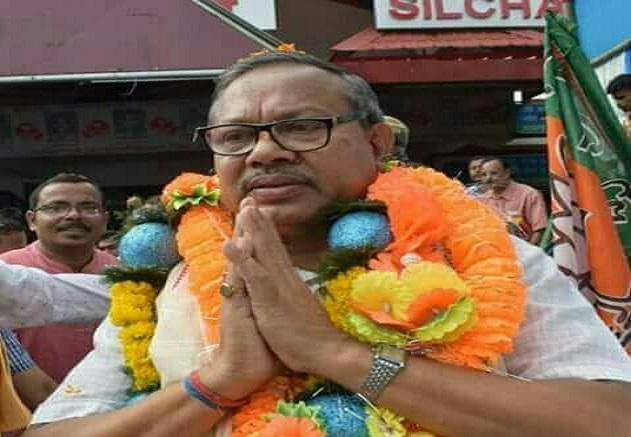 Former Deputy Speaker of Assam and Silchar MLA, Dilip Kumar Paul, on the sidelines of the build up to the panchayat elections slated next month, speaking to Northeast Now, said, “I don’t want Assam to be the second Kashmir of India.”

Dilip Kumar Paul’s statement came forth at Cachar district BJP party headquarters in Silchar where a news that is doing the rounds since morning, won’t please many who are supporting the contentious Citizens (Amendment) Bill, 2016, especially in Barak valley.

The news that trickled in was that, almost 60 percent of the Joint Parliamentary Committee (JPC) members, constituted more than a year back to delve into the matters of Citizens (Amendment) Bill, 2016, are in favour of going ahead with this bill, minus granting the deemed status to the six religious minorities coming from Bangladesh, before December 31, 2014 and after March 25, 1971.

Trinamool Congress’s Sougata Roy and Derek O Brien, Congress party’s Bhubaneshwar Kalita, nominated member, Swapan Dasgupta and members from the JD (U) and the Left parties have put forward their point to the Chairman of JPC and BJP MP Rajendra Agarwal in this regard. A joint memorandum of these members minus the JPC members of the BJP party would be submitted on November 20 next, when all of them are supposed to sit once again to discuss on these key issues, in New Delhi.

“If the majority of the Joint Parliamentary Committee members are of the opinion to delete Bangladesh, and only allow six minority groups coming before December 31, 2014 from Afghanistan and Pakistan, to be granted citizenship status, would put the JPC Chairman Rajendra Agarwal in a fix. The said bill is slated to be tabled before parliament this winter session and time is running out thick and fast,” informed a constitutional expert on condition of anonymity.

The former Deputy Speaker of Assam, who is a staunch supporter of this bill, just like his party members, talking to this correspondent said, “It is really sad that political parties like the Congress and the Left swing their political stand from time to time. Why they do this and what they want, I don’t know, but, why should we keep aside Bangladesh from this bill? The problem is with Bangladesh and Pakistan only due to the partition of India, which, a common man never wanted. The problem with Pakistan has almost been resolved as the percentage of Hindus is just left to one or two percent.”

He added, “Our party stand is very clear since 1947 and we won’t budge from that. I would only appeal to all the members of various political parties in the interest of Assam and the three plus crores residents of this state, to come forward and approve of this bill, or wait to see another Kashmir in the making.”