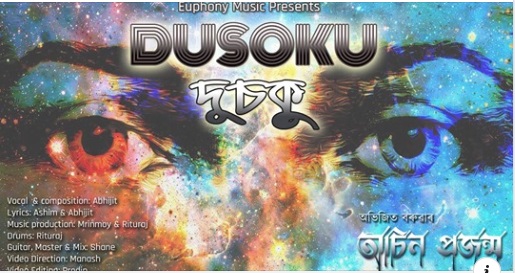 The musical album comprising eight songs was out recently and has already tugged at the heart strings of the music lovers.

Abhijit Baruah, a young engineer from upper Assam’s Jorhat, has made a spectacular entry into the arena of Assamese music with his album Ochin Prajanma.

The musical album comprising eight songs was out recently and has already tugged at the heart strings of the music lovers.

The songs with touching lines and captivating tune are composed and sung by Abhijit and also penned by himself with his childhood friends Ashim Ranjan Bora and Bimal Gogoi.

Abhijit says, “Finally the dream of having a musical album which was started more than a decade ago has become a reality now, as we have officially released our album Ochin Prajanma.”

Videos of the two songs–Dusoku and Mur Mon–from the album have also been released on YouTube, says the debutant musician.

Both the video songs have already garnered good view counts on YouTube and several music lovers have subscribed to the beautifully presented videos.

According to Abhijit, very soon the songs will be available on Spotify, iTunes, Google Play, Amazon Music, Saavn and other digital platforms.