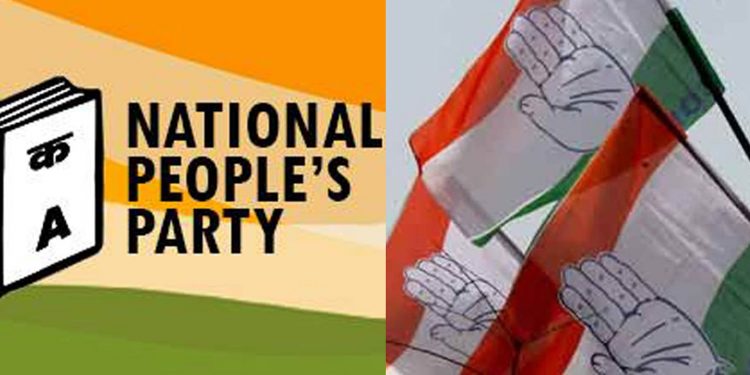 Some Congress MLAs have met NPP leaders but question is being raised, if the opposition members can get the requisite number to cause a split within their Congress Legislature Party (CLP) in Meghalaya to merge with the ruling party.

There has been speculation that some Congress MLAs may defect to the NPP, especially after seeing the results of the Lok Sabha elections in favour of the NDA.

Experts say, split is permissible if two-third of the members of a legislature party cede from the parent party and join another party or form their own outfit.

When asked if some Congress MLAs have approached the party, Meghalaya transport minister and NPP leader Sniawbhalang Dhar admitted that many of them (around 8-9 of them) have met him also.

“They met me and we have listened to them and yet to discuss within the party. If they have the number they can split but whether split is still allowed or not…it is a tough time for them. They need at least 13 to merge with other parties,” Dhar said.

Whether the Congress MLAs joining will further strengthen the NPP-led MDA government, Dhar said, “We have a good coalition partners, the UDP PDF and others. We are committed till the end of the term and we are happy with the present equation.”

According to Dhar, the present government has a good chief minister and the present equation is very stable.

“The question of whether they will come or not it will not have any impact. But I always hope for the best. Because the issue of toppling only arises when there is a problem with the leadership. If the leadership is good, we have nothing to worry whether they come or they don’t come. But as friends, we work together as we are MLAs,” Dhar said.

But there are allegation that UDP was dictating the NPP including the nomination of Bindo M Lanong as member of the KHADC, Dhar said that it was the party affairs of the UDP whom to send.

“It is their internal matter and how will they discuss with other parties. In Jaiñtia Hills, it is up to the NPP and KHADC it is up to UDP. There is an understanding between the NPP and the UDP. Others may have feelings but politics is a continuous process and it is a routine to complaint. UDP is a good party not as alleged that it is trying to dictate terms. It is a matured party even though people may say anything on the road,” added Dhar.

Asked if the lone Rajya Sabha seat may go to the NPP, Dhar said, “We are yet to decide, but I think they will respect us too.”