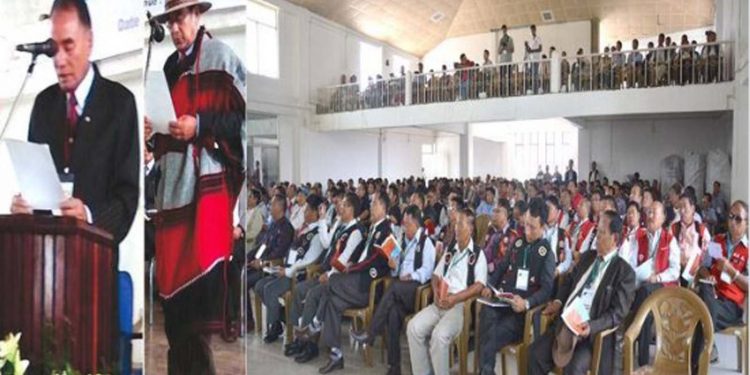 The Nagaland Tribes Council (NTC) has appealed to the negotiators of the Naga issue, particularly the Naga negotiators, to “contain any amount of irritations at the moment”.

The NTC has made the appeal for the sake of paving the way for solution and urged the negotiators not to be reactionary as it will boomerang on the Nagas.

In a release on Tuesday, NTC president Toniho Yepthomi and general secretary Nribemo Ngullie said the council has high hopes that the years of political negotiations between the government of India and the Naga negotiators would bring the issue to a logical solution.

The NTC reiterated its appeal to all the negotiators to be magnanimous and bold enough to hummer out the positive result without hesitation or delay but within the “scheduled time”.

The NTC also reiterated its “adopted stand” that “when land integration is not possible at the moment, we cannot opt for population integration”.

It added there will be demographic changes “as and when Nagas attain sovereignty and integration” and until then the state of Nagaland will remain as it is rather than Nagaland seizing to exist.