Constituency Watch: Will Congress get eclipsed once again in Lakhimpur?

Jobs, erosion and floods are the main issues in Sarbananda Sonowal’s turf this general election 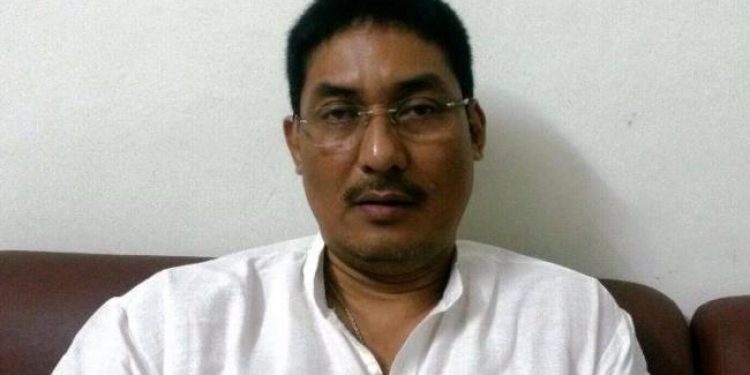 The Lakhimpur Lok Sabha Constituency has more or less been a Congress citadel. However, the ‘Modi tsunami’ in 2014 swept away the Grand Old Party from its one time bastion.

The saffron party has a pre-poll arrangement with the AGP as part of which the former will be fighting from this seat in the 2019 Lok Sabha elections.

Though experts say that the BJP has a “pretty good chance” of winning from this seat again, but the Congress is hoping to wrest this constituency back from the BJP.

The saffron party is putting all its eggs in one basket – ‘Modi magic’. They hope that Modi will be able to cast a spell on the electors in 2019 too – a kind of 2014 encore.

Lakhimpur Parliamentary Constituency is a prestigious seat as it is the Assam chief minister, Sarbananda Sonowal’s turf. It is one of the 14 Lok Sabha constituencies in the state and is politically active and vibrant.

Lakhimpur and Dhemaji districts are annually ravaged by floods during the monsoon season. Since deluge leaves a trail of death and destruction behind, hundreds of people are displaced every year.

As there are hardly any livelihood opportunities here, hundreds of youths from Lakhimpur and Dhemaji go outside Assam in search of jobs.

Political pundits say that sitting MP Pradan Baruah has not been able to “deliver much on the issues afflicting the people of the constituency”.

In the 2014 Lok Sabha elections, Congress’ three-time MP Ranee Narah had to bite the dust and Sarbananda Sonowal emerged victorious from here. Sonowal defeated Narah by 2, 92,138 votes, a 55.05 per cent vote share.

Ranee Narah had to concede defeat as the whole country was under the total spell of Modi and the Congress party fell like a house of cards.

In 1999, Sarbananda Sonowal suffered defeat in the hands of Narah while fighting on an AGP ticket from the Lakhimpur seat.

The regional party also could not withstand the ‘Modi tsunami’ in 2014 and Hari Prasad Dihingia of AGP got ‘badly bruised’ in the hands of Sonowal who fought on a BJP ticket.

Over the years, the saffron party has totally eclipsed the Congress in the constituency. In the 2016 Assembly elections in Assam, the Congress was confined to just one Assembly seat from this constituency –Doom Dooma in Tinsukia district.

The Congress and the AGP was alternatively ruling the roost in this constituency between 1996 and 2009.

The Lakhimpur Lok Sabha seat was a Congress pocket borough from 1967 to 1991, with Independent candidate Gokul Saikia winning from the seat in 1985.

Fifty-three-year-old sitting MP Pradan Baruah is a diploma engineer and in 2019 he will again be fighting on a BJP ticket.

Pradan Baruah won from this seat in the 2016 by-election when Sonowal vacated the seat and became Assam’s chief minister after the saffron party was brought to power for the first time in Assam.

Baruah, who enjoys “close rapport” with Assam finance minister Himanta Biswa Sarma, was earlier a Congressman. He won the Jonai (ST) Assembly seat as a Congress candidate in 2011.

Baruah switched allegiance to BJP in 2015 along with Himanta and other dissident MLAs.

His straight fight this general election will be with 51-year-old businessman Anil Borgohain who will be fighting on a Congress ticket. Only May 23 will tell whether Congress or BJP will take the plaudits.

Lakhimpur constituency: At a glance