Congress shocked at ‘Law and Order’ award to Nagaland

The ‘Best Performing Small State’ award in the ‘Law and Order’ category given to Nagaland by a media house in New Delhi came as a surprise to the Nagaland Pradesh Congress Committee (NPCC). 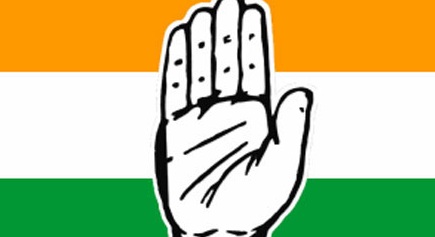 At a time when reports of “tax” collection and abduction for ransom allegedly by various Naga political groups here have almost become a routine affair, the ‘Best Performing Small State’ award in the ‘Law and Order’ category given to Nagaland by a media house in New Delhi came as a surprise to the Nagaland Pradesh Congress Committee (NPCC).

NPCC president K Therie, in a press statement on Saturday, termed the award conferred to Nagaland as an insult to the people of Nagaland, whatever may be the criteria for consideration for the award.

The award was presented by Vice President Venkaiah Naidu to Nagaland minister C M Chang in New Delhi on Thursday.

The NPCC president said Naidu exposed his ignorance of Nagaland’s situation by presenting the award.

Therie stated that as far as law and order is concerned, Nagaland state has completely failed to maintain public order.

He alleged that the state government is not at all in control rather it is under the control of multi self-styled governments.

Therie said the media house concerned misled the nation by conferring the award to Nagaland. He said the government that does not have control over illegal activities does not deserve an award.

“The state government of the day deserves the award of least control in law and order,” he added.

The Public Action Committee of Naga Council Dimapur held a massive rally here on October 31 demanding an immediate stop of all forms “illegal tax collection” by Naga political groups and others in and around Dimapur district.

The committee said it was compelled to take out the rally as illegal taxation in Dimapur had become an “industry” for Naga political groups, various government agencies, unions and organisations.

It said the state government was yet to take any action on the report submitted by the three-member fact-finding team, headed by retired Supreme Court judge Justice H.K. Sema, on the illegal taxation issue three years ago.