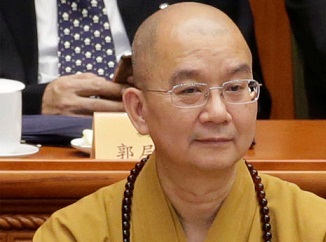 ‘Sexual misconduct charges’ hovers over one of China’s highest-ranking Buddhist monks who is facing a Government investigation in this regard, and in what is seen by some as an indication that the #MeToo movement is gaining traction across the world’s most populous society.

A report in the USA TODAY stated that Longquan Monastery abbot Shi Xuecheng is accused of “harassing and demanding sexual favours from numerous nuns in a 95-page statement compiled by two fellow monks at the storied centre of Buddhist learning in Beijing. The statement including testimony from the alleged victims leaked this week on social media, prompting an outcry and unusual coverage by the State media before it was censored.

The report further stated that China’s State Administration of Religious Affairs said on Thursday that it would “investigate the claims”. Xuecheng and the monastery denied the accusations, which also included claims of “embezzlement”.

A volunteer at the monastery said on Friday that it was unclear if Xuecheng was still serving as abbot. Shi Xianqi, a monastery deacon who had reported the abbot, said in text messages that he and the other whistleblower, Shi Xianjia, had been expelled from the monastery and were cooperating with the Government investigation.

Xuecheng, who heads the Buddhist Association of China and serves on a political advisory body to the central Government, is the latest person holding a high position to fall under scrutiny as China’s #MeToo movement accumulates momentum. Well-known university professors, activists and media figures have been accused online and placed under investigation, with at least one dismissed from his post, as more women speak out despite the risk of censorship and official retribution.

The text messages and documentation compiled by Longquan’s whistleblowers painted a picture of a cloistered life where access to phones and the Internet was limited – but where the abbot’s power was not. Xianqi and Xianjia, two men who identified themselves as holders of a doctorate in engineering who had entered monastic life more than a decade ago, compiled screenshots of text messages and accounts of women who said Xuecheng sent “suggestive text messages” and forced them to have sex. The document also included financial statements suggesting he embezzled nearly $1.5 million.

Xianqi said that Xuecheng’s power in the temple meant that only the Government could step in to protect the nuns. The religious affairs administration has the power to remove Xuecheng from his official position but not to bring criminal charges. It’s unclear whether police will investigate the charges of sexual misconduct and embezzlement.

Xuecheng posted a statement on Wednesday under the monastery’s name that decried the document as “forged materials, distorted facts and false accusations.” Typical of Buddhist monks, Xuecheng took a vow of celibacy when entering monastic life.