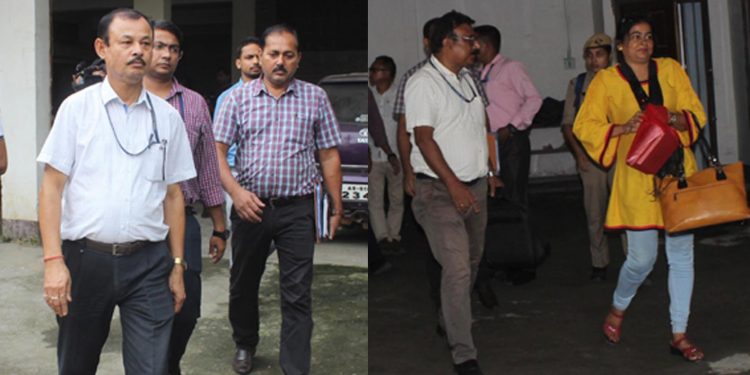 CBI sleuths after raiding one of the houses owned by Rakesh Paul in Guwahati on Tuesday. Image credit - UB Photos

Sources said the sleuths of the central investigating agency carried out raid in three houses of Paul at Guwahati and the property at Tura in Meghalaya’s West Garo Hills.

The former APSC chairman has been languishing in jail till date.

The Gauhati High court has recently handed over the probe regarding the disproportionate asset of Paul to the CBI.

Hailing from Tura in Meghalaya, Paul is the main accused of the multi-crore cash-for-job scam of the APSC.

Paul was arrested by a team of Dibrugarh police in 2016 following a case of bribery in Dibrugarh.

Over 70 people, including top APSC members, officials and recruits by the APSC, had already been arrested by the police investigating the cash-for-job scam.

According to reports, Rakesh Paul acquired 22 properties which include residential flats and plots of land in various places including Guwahati and Kolkata.

He acquired these properties from the money he had made by giving jobs to candidates selected by the APSC.