CAB is an instrument to torture millions of paperless Indians 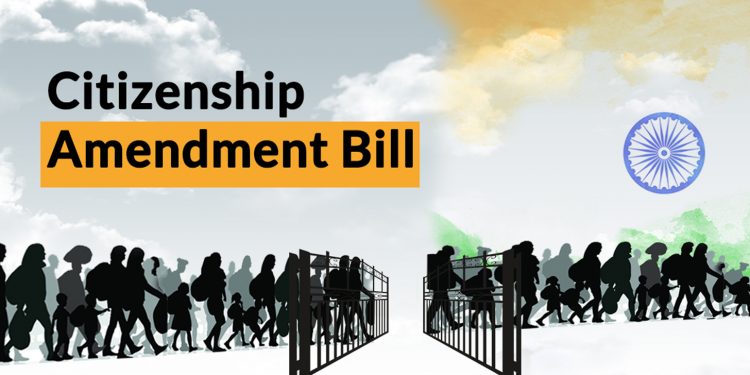 The Rights and Risks Analysis Group (RRAG) said that the Citizenship (Amendment) Bill (CAB), which has been approved by the Centre is an instrument to disenfranchise and torture millions of paperless Indians.

“It is an instrument to fool the people of the Northeast,” RRAG director Suhas Chakma said on Wednesday.

“The exemption of the Inner Line Permit (ILP) states and Sixth Schedule areas are not only unconstitutional but also impractical,” he added.

“How will the district councils under the Sixth Schedule areas in Tripura, Assam and Meghalaya without Inner Line Regulation will benefit from the exemption?” Chakma asked.

“This is nothing but an instrument to fool the tribals of Northeast who have been protesting against the CAB,” Chakma reiterated.

“CAB exposes serious lack of understanding of the Government of India and the ruling BJP on the nature of the problems arising out of the National Register of Citizens (NRC) in Assam,” he added.

“The Bhojpuri, Nepalis, Assamese and many other Indian citizens of Assam excluded from the NRC cannot claim to be persecuted non-Muslim minorities from Bangladesh, Pakistan and Afghanistan. They shall forever remain Stateless,” he reiterated.

The Union of India at present processes about 100 citizenship applications per year and therefore, Hindu refugees from Pakistan settled in Rajasthan could not be granted citizenship despite no political opposition as on date.

“Millions of non-Muslim Indians especially Bengali speaking Hindus will be made Stateless first, and thereafter, made to wait till their death for processing of their citizenship applications, and they shall remain stateless in the meantime,” he added.

“The Muslims who are excluded from the CAB will be declared as illegal immigrants though Bangladesh government shall never accept their deportation to Bangladesh,” he said.

“Ultimately, Indians who do not possess the documents prior to the cut off date for the proposed National Register of Citizens shall suffer torture, and further pauperisation,” he reiterated.