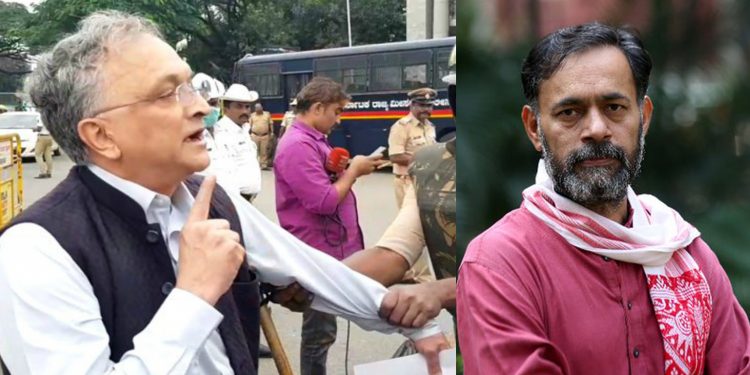 Renowned historian Ramchandra Guha along with Swaraj India leader Yogendra Yadav and several others were detained while protesting against the CAA and NRC on Thursday.

Guha was detained at Townhall in Bengaluru and Yadav was detained from Red Fort in New Delhi while they took part in rallies protesting the Citizenship (Amendment) Act (CAA) and National Registers of Citizens (NRC).

In a tweet, Yadav said, “I have just been detained from Lal Qila. About a thousand protesters already detained. Thousands on the way. Am told we are being taken to Bawana.”

“It is an honour to be detained on 19th of December, a small tribute to Ashfakulla Khan and Ramprasad Bismil. Happy to be in the company of Dr Dharamvir Gandhi, ex-MP, Patiala,” tweeted again.

“I know many of our mates are being detained, despite that many have gathered here. The citizenship of this country cannot be divided and this is our protest call today,” Yadav added.

“This is undemocratic detention. The police are not even allowing peaceful protests,” Guha said.

Unprecedented protests have been witnessed against CAA across the country with the internet being suspended in several states including Assam, Meghalaya and Tripura.

Three persons have died in police firing in Assam so far and a total of five people died in anti-CAA related protests in the state.