BPF to fight BTC election in alliance with BJP-AGP: Hagrama 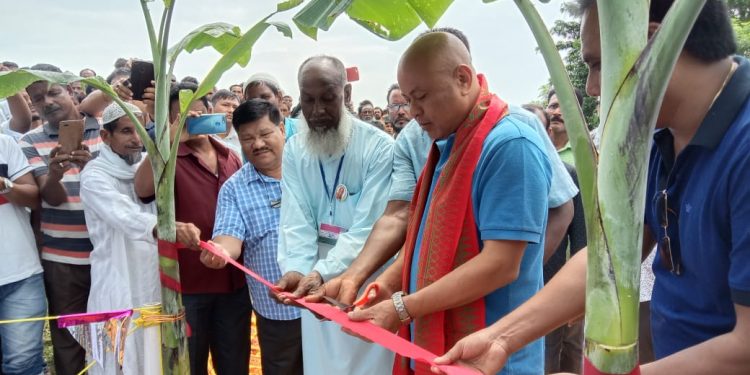 The Chief of the Bodoland Territorial Council (BTC), Hagrama Mohilary, who is also president of Bodoland Peoples’ Front (BPF) termed that BJP-AGP & BPF alliance will be remain intact in forthcoming BTC election 2020.

Talking to reporters in the sidelines of a programme, Mohilary said that the exiting alliance of BPF with the BJP and AGP will remain intact in Bodoland Territorial Council District Areas election in next year 2020.

Earlier, he had openly announced in front of union home minister Amit Shah during the NEDA meeting which was held at Guwahati.

He also said that discussion is going on with UPPL party but still now no final decision is taken.

Mohilary on Thursday laid the foundation stone to set up a bridge at Hekaipara Maspara Gourang river.

The bridge will be constructed with an amount of Rs four crore from Revenue department and a total of Rs eight to nine crores will be spent for complete construction of the bridge.

He also said several villages will be benefited like Hekaipara, Maspara, Mojabari , Duramari etc of the district.