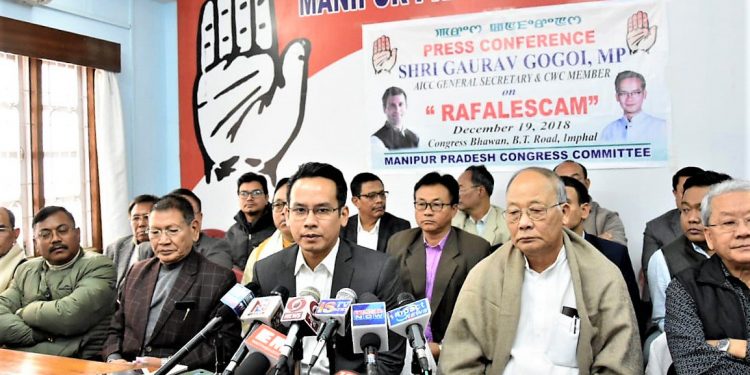 Lok Sabha parliamentarian from Assam and the general secretary of All India Congress Committee (AICC), Gaurav Gogoi, claimed that the Congress would emerge victorious in the ensuing Lok Sabha election next year.

Addressing the media at the Congress Bhawan in Imphal on Wednesday, Goigoi said the results of the recently concluded Assembly election of five states have created a wave of optimism.

The result has clearly differentiated what BJP and Congress stand for, he said, adding ‘BJP now stands for false dream and Congress as the doer’, according to a report in ifp.co.in.

The ‘wave of optimism’ will continue across the country, the AICC general secretary as quoted as saying.

The CWC member further reiterating that the Supreme Court is not an appropriate forum to decide Rafale scam, said Congress stand by its demand to constitute a Joint Parliamentary Committee (JPC) to probe the scam.

He alleged that the BJP government has misled the Supreme Court by submitting a false affidavit of Comptroller and Auditor General (CAG) report before the apex court.

The BJP has committed perjury for which action should be initiated for contempt of court, he added.