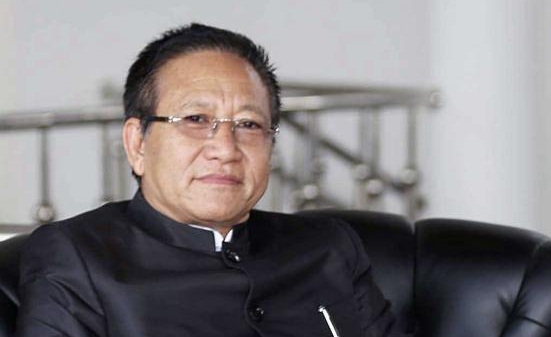 Naga People’s Front (NPF) Legislature Party leader T R Zeliang on Tuesday warned the people of Nagaland that if BJP returns to power at the Centre, the north-eastern region in general and Nagaland in particular would be adversely affected as the social fabric of indigenous people would be destroyed.

This was stated in a communiqué issued by the NPF press bureau.

Speaking at a rally for Congress candidate KL Chishi at Samziuram, Peren and Jalukie town, just before campaigning ended on Tuesday, Zeliang reminded that BJP in its manifesto had committed to revive the contentious Citizenship (Amendment) Bill (CAB) and also opposed any move to review the controversial Armed Forces Special Power Act (AFSPA). Zeliang also alleged that BJP at the Centre was never serious about resolving the decades old vexed Naga political issue but was only offering a false hope to the people.

He also said during the past five years the BJP-led NDA government had only made announcement after announcement for a solution, but in reality it was never committed to bring about an amicable solution to the problem, according to reports.

He also accused the PDA government of having no concern for the people and likened it as ‘a wolf in sheep clothing’, by only trying to please BJP to retain power.

Zeliang also said the PDA government’s achievements was nothing but ‘harvesting’ what the previous DAN-III government had sown. He also alleged that the PDA was merely implementing the works sanctioned during the DAN III regime and that no new scheme or project could be brought about from Delhi.

He further said the only achievement of the PDA government so far organizing Hornbill Festival, Mini Hornbill Festival and the cabinet meeting conducted at Kiphire district headquarters once.