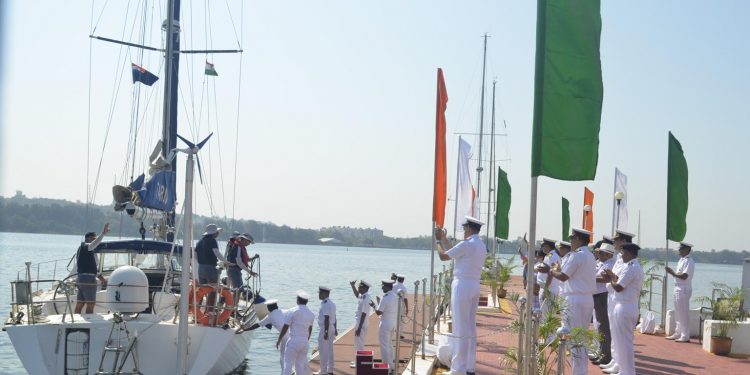 This would be the maiden major mixed crew sailing expedition of the Indian Navy with crew composition of five naval officers including two women officers in each boat.

Mhadei and Tarini will cover a total distance of 6,100 nautical miles each and will be at sea for 55 days.

Captain Vipul Meherishi, Skipper Tarini would be the expedition leader and Captain Atool Sinha would be Skipper Mhadei.

Both of them are accomplished yachtsmen who have brought laurels to the navy and the country by winning medals, both at national and international level competitions.

The voyage is of nearly three months and it would showcase harnessing of renewal energy namely wind energy to propel the boats.

The expedition is also in pursuance of the GoI mission of ‘Nari Shakti’ providing opportunity to women officers at par with men.

The expedition also aims to enhance the level of cooperation and camaraderie between the littoral nations in the Bay of Bengal whilst exhibiting Indian Navy’s expertise in the domain of ocean sailing.

The sailing vessels as part of the expedition would make replenishment halts at ports of Phuket, Yangon, Chittagong and Colombo, wherein interaction with various state officials would be conducted including harbour sorties for visiting dignitaries.