Overall polling in five constituencies of Assam where polling was conducted on Thursday recorded 78.23 per cent of polling 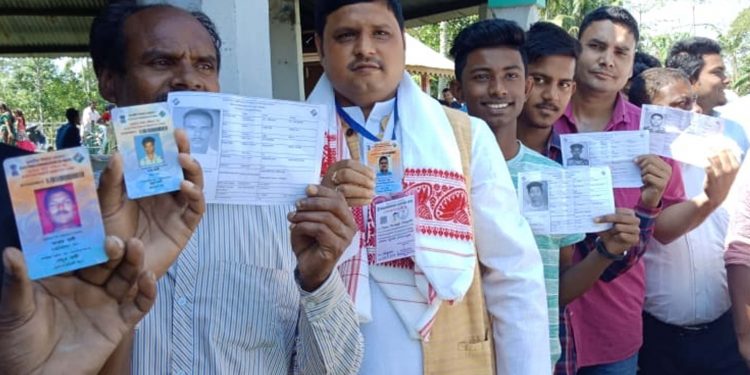 Dibrugarh and Lakhimpur constituencies however, recorded decrease in polling this year. In 2014 Dibrugarh recorded 79.25 percent while Lakhimpur recorded 77.71 percent of polling.

It may be mentioned here that polling started at 7 am on Thursday across 9,754 polling stations in the five constituencies and ended at 5 pm. But the officials allowed the last man in the queue to cast his or her vote delaying the voting in some polling booths.

A total of 41 candidates are in the fray for the first phase of polls for the five constituencies in Assam.

The Election Commission of India (ECI) has deployed a total of 180 companies of security personnel to ensure smooth polling across the 9,574 polling stations. Apart from this a minimum of one constable has been deployed in every polling station, officials at the office of the Chief Electoral Officer here said.

Officials said that a total of 614 micro observers have been used in the first phase of polls on Thursday followed by 151 flying squad team (FST), 137 static surveillance team (SST) and 118 video surveillance team.