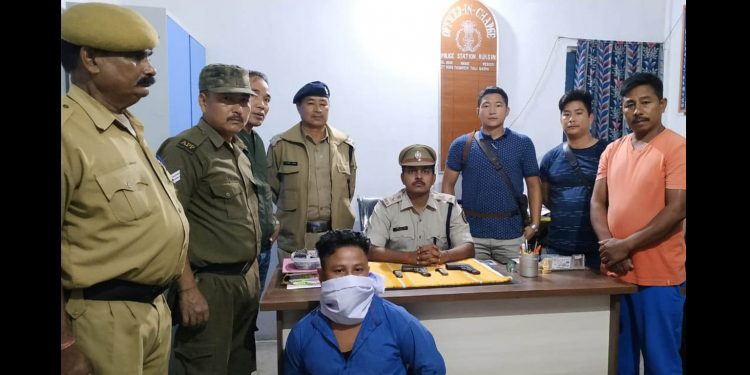 Police arrested a youth with two .32 calibre pistol and live ammunition from Ruksin at Assam–Arunachal boundary on Wednesday evening.

The arrested person has been identified as Hiteswar Kumbang (30), a resident of Bahir Jonai under Jonai police station in Dhemaji district of Assam.

Acting on a tip-off, police intercepted his vehicle at Ruksin gate and picked up him at Ruksin check gate.

The police also picked two of his associates on suspicion, but later released them after interrogation.

“Kumbang’s two associated were released since they were not involved with the illegal transportation of the arms,” police said.

A case under section 25(1A)/29(A) & (B) has been registered in Ruksin police station and the case is being investigated.