Why is Akhil Gogoi silent on corruption charges against Rakibul, questions Assam BJP 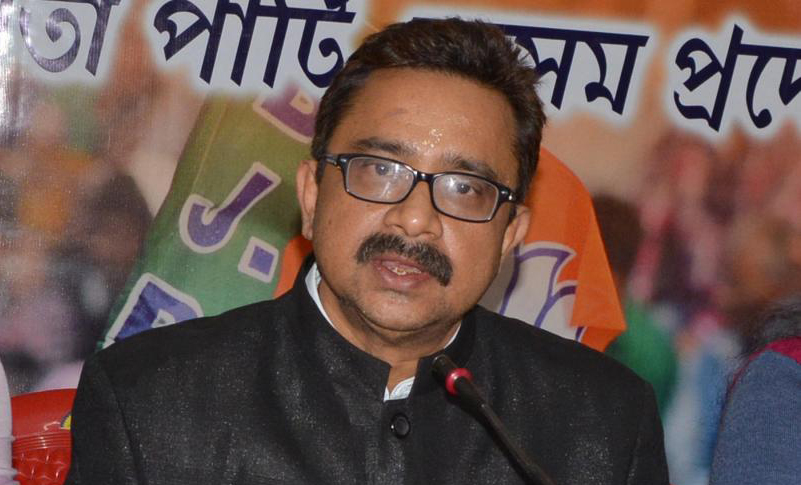 At a time when Congress leader Anil Raja is piling on allegations against his party colleague and former minister Rakibul Hussain, Assam unit of the Bharatiya Janata Party (BJP) has questioned farmers’ leader Akhil Gogoi’s silence over the entire issue.

In a press meet on Thursday, Rupam Goswami, spokesperson of the Assam Pradesh BJP said, “Activist Akhil Gogoi is always seen to be very vocal against every form of corruption. But when serious charges of corruption have been levelled against former minister Rakibul Hussain by a member of his own party, Gogoi has not said anything. Gogoi’s continued silence over this issue has raised several questions from many sections of the society.”

Goswami while praising the present BJP-led government in the State for taking bold steps to reduce corruption in Assam said, “In the regime of the Sarbananda Sonowal-led government, 143 government officials, 11 contractors, 30 panchayat members have been arrested on charges of being involved in corruption.”

The State BJP spokesman also said, “Former Assam Public Service Commission (APSC) Chairman Rakesh Paul has also been arrested along with 35 other officers appointed through the APSC,” adding, “One Deputy Commissioner has been suspended and several officials have been arrested on charges of being involved in Rs 700 crore scam in Agriculture Department.”

The Dhemaji DFO has also been arrested for being allegedly involved in corruption, he said.

Goswami further claimed that as per a survey conducted by the Centre for Media Studies, corruption in Assam during the current regime has come down to 18 pc from the earlier figure of 34 pc. Also, revenue collection in the State has increased by 21.6 pc.

“The Directorate of Vigilance and Anti-corruption has caught 21 corrupt officials red-handed and 45 cases have been filed against them. They have also recovered Rs 3.36 crore and gold worth Rs 31.75 lakh. Even a top-ranking official like the Director of IPR has been arrested on charges of corruption and investigation is going on regarding the usage of untied fund.”