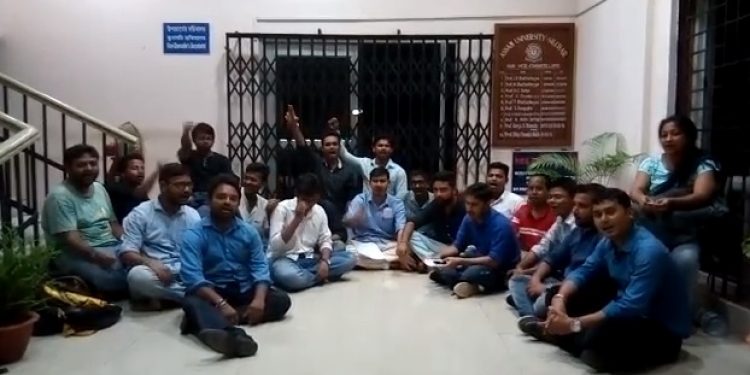 The chamber was locked up at around 7 pm by irate volunteers of the varsity students’ body.

The students were protesting against withdrawal of long leave granted to Samira Behera, a professor of the university against whom case of plagiarism and illegally promoting himself is pending.