The Union Cabinet meeting on Wednesday approved of  setting up of a high-level committee for implementation of Clause 6 of the Assam Accord. 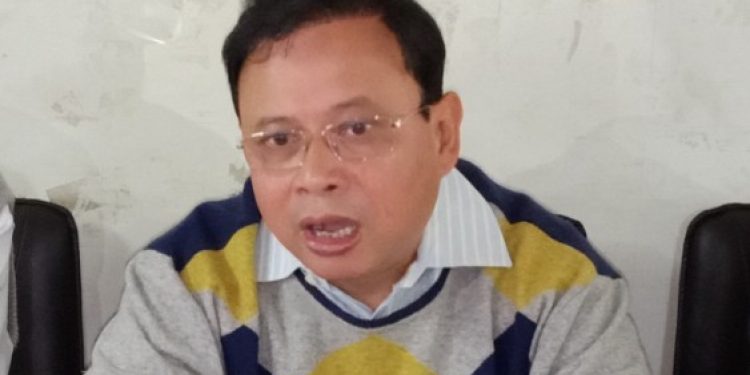 Prabajan Virodhi Manch (PVM), a forum fighting infiltration in Assam, on Thursday described  the Union Cabinet  decision ‘insubstantial’ to provide safeguards to indigenous communities in Assam as per the Clause 6 of Assam Accord.

The PVM, therefore, demanded a state legislation to ensure reservation of land, jobs and other benefits for the indigenous communities in the state.

The Union Cabinet meeting chaired by the Prime Minister Narendra Modi  on Wednesday approved of setting up of a high-level committee for implementation of Clause 6 of the Assam Accord.

The Clause 6 which envisages constitutional, legislative and administrative safeguards to protect, preserve and promote cultural, social, linguistic identity and heritage of the Assamese people.

Addressing the media here, Upamanyu Hazarika, convener of the forum and a Supreme Court lawyer said the Union Cabinet decision was more like a ‘statement of intent’ rather than a specific step to safeguard interests of  indigenous people  so as to save them from becoming a minority.

“Such a decision required parliamentary sanction and therefore cannot be fulfilled before the Lok Sabha elections. Therefore, the Assam government should immediately convene an emergent session of the state Assembly and pass a legislation similar to the one passed by the BJP-led Manipur Assembly (in July 2018) reserving land, employment and other benefits for the indigenous communities,” Hazarika said.

“As part of an anti-influx movement, the Manch has been campaigning across the state to make people aware on the three steps to be taken by the government before January 31, 2019,” he said, while cautioning that names of a large number of foreigners have been included in the NRC draft.

The forum further described the Union Cabinet’s decision taken on Wednesday  as “another set of pre-poll promises”  in view of forthcoming general election.